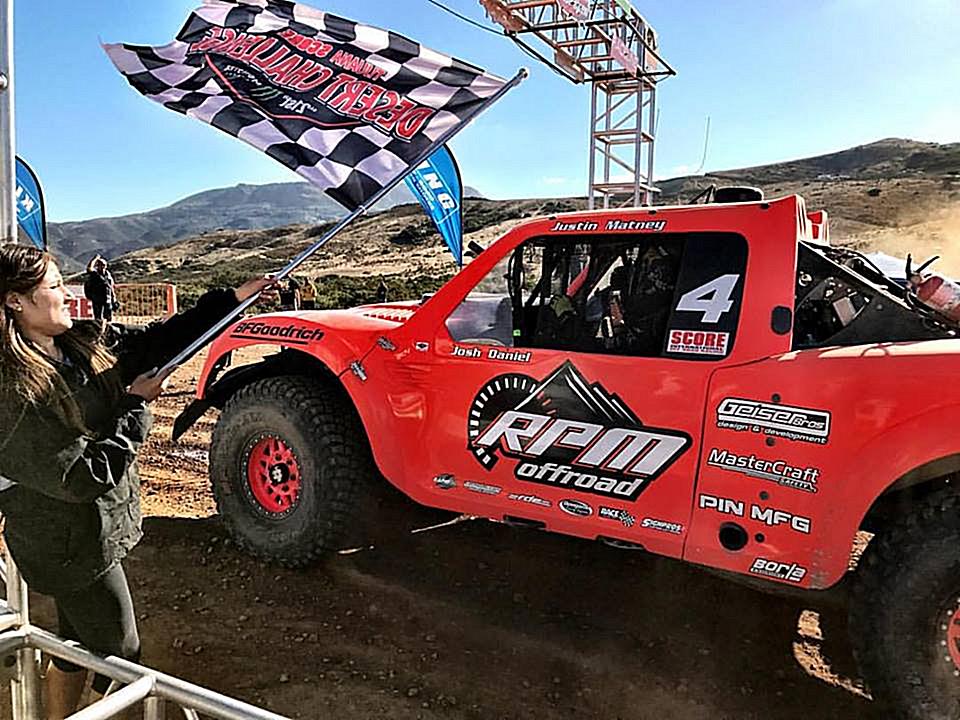 11 racers undefeated in 2018 expected to be racing in upcoming

ENSENADA, Baja California, Mexico — As the field of entries from 21 U.S. States and seven countries climbs higher, 11 SCORE racers are undefeated in 2018 heading into this month’s special format Lucerna Hotels & Resorts Tijuana 22nd SCORE Desert Challenge.  Here is the link for the map of the race route on the SCORE website – Course Map for 2018 SCORE Desert Challenge.

As racer registration continues online for Round 3 of the four-race 2018 SCORE World Desert Championship on the SCORE website atwww.SCOREInternational.com, dates for race-week festivities and the race are Sept. 20-23.

Led by Rob MacCachren, Justin Davis, Kristen Matlock and Francisco Septien a total of 11 racers have won their class in each of the two grueling races held so far in 2018. And both were run over race-record long courses for each event.

MacCachren, a legendary Off-Road Motorsports Hall of Famer from Las Vegas, has 310 career short-course, stadium and desert race wins (including 67 all-time class wins in SCORE races), is the overall point leader and at the top of the marquee SCORE Trophy Truck division in his No. 11 Rockstar MacCachren Motorsports Ford F-150 built by Geiser Bros of Phoenix.

Davis, Chino Hills, Calif., whose younger brother Jeremy is a rookie racer this year in the SCORE Lites class, has won both unlimited Class 1 races this year in his No. 185 Green Army Motorsports Chevy-powered Jimco open-wheel desert race car.

Surely evolving as a dynamic desert diva, Kristen Matlock, Alpine, Calif., has made history while driving solo in winning her Pro UTV Naturally Aspirated class in both races in her No. 1954 Polaris RZR XP4 1000. In the SCORE Baja 500 she shocked a field of over 50 UTVs with the fastest time including beating all of the usually faster Pro UTV Forced Induction vehicles.

Keeping it all in the family, her husband Wayne Matlock is leading the Pro UTV FI point standings at the midway point of the season in his No. 2971 Polaris RZR XP4 Turbo. Wayne Matlock joined his talented wife at the top of the podium in the season-opener as they both won their respective classes at the 32nd SCORE San Felipe 250 in April. Wayne Matlock is also the 2018 overall UTV point leader.

The last eight miles back into Rancho Casian look to be very fast.

Contingency will be held in directly in front of the headquarters hotel on the historic Avenida Paseo de los Heroes from 9 a.m. to 5 p.m. PT on Friday(Sept. 21) with tech inspection lasting one hour longer until 6 p.m.