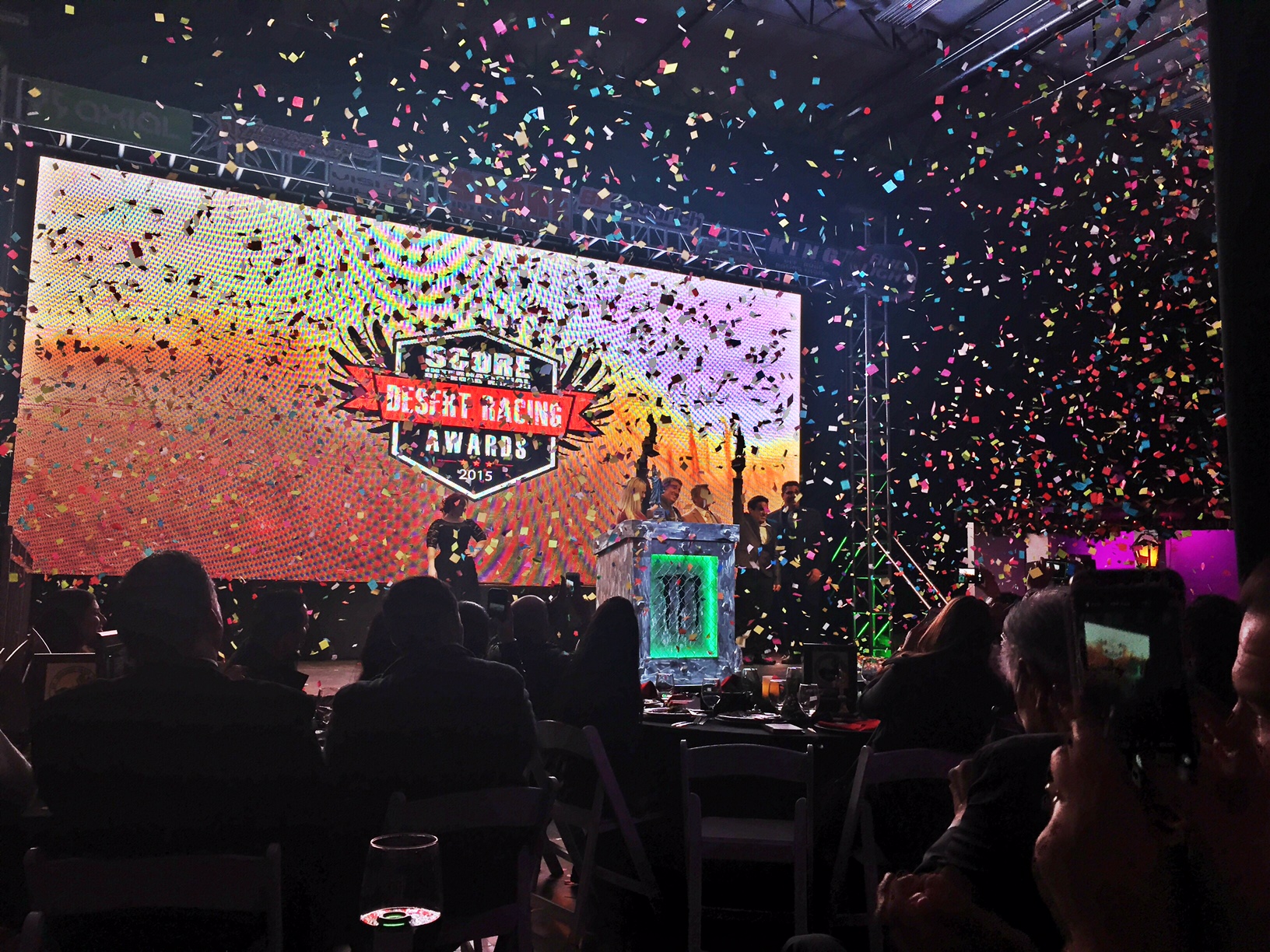 ENSENADA, Mexico—SCORE International will celebrate on Saturday, Jan. 14 at the SCORE Tech Shop in El Cajon, Calif., during the 2016 SCORE Awards Night. The facility is located just east of San Diego.

At the SCORE Tech Shop, nearly 400 SCORE racers, family, friends, crews, sponsors and media will bask in the Southern California sunshine as the SCORE Awards Night will honor the history and fame of the name which is the standard for desert racing worldwide while celebrating the four-race 2016 SCORE World Desert Championship.

This year will mark the third time that the annual SCORE Awards Night has been held at the SCORE Tech Shop and the eighth time the historic evening will be held in Southern California since 2000, when it was held at Joe’s Garage automotive museum in Tustin, Calif. It will also be the seventh consecutive year in SoCal for the popular event.

“These evenings are always very special,” said Roger Norman, completing his four year as the SCORE CEO/President. “It is a great time for racers, families and crews to get together and celebrate another amazing SCORE racing season.  This was our fourth year overseeing this international treasure we call SCORE and the SCORE Tech Shop will be transformed to provide a very fitting environment to honor the achievements of the world’s greatest desert racers.”

Tickets priced at $80 per person, are being solid online at SCORE Awards Night Tickets here or by calling the Elise Norman, SCORE Vice-President at 775.690.2306. Payment may also be made by check sent to the SCORE International Reno, Nevada, USA office. Arrangements through Mrs. Norman may also be made to reserve tables of eight or 10 guests.

Individuals as well as manufacturers and organizations are honored through 11 distinct SCORE Off-Roadsman of the Year Awards, whose winners are decided by several thousand SCORE fans through online voting including the entire SCORE membership of more than 2,500. Among the awards to be presented are SCORE Rookie of the year, SCORE Contingency Company of the year, SCORE Pit Support Team of the year, SCORE Mechanic of the year and SCORE Person of the year.

Another element of the diverse program for the evening will be the presentation of the 2016 Red Kap SCORE Milestone Awards.  As it has for 31 years, the coveted SCORE Milestone Awards are presented to those racers who finish every required mile of the 2016 SCORE World Desert Championship. A total of 31 racers completed all 1,709.92 required miles in the four-race 2016 SCORE World Desert Championship.

The evening will include a colorful video/photographic tribute to the 2016 SCORE World Desert Championship produced by BCII TV, SCORE Live and GetSomePhoto.

A pre-awards reception will start the festivities at 6 p.m., followed by the dinner, a special tribute to the 2016 SCORE season and presentations starting at 7 p.m.