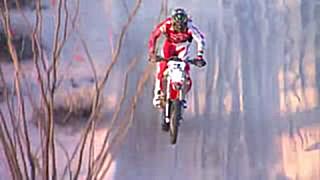 ENSENADA, Baja California, Mexico—SCORE International has updated and posted online its 2017 Rule Book for the four-race 2017 SCORE World Desert Championship. Available at http://score-international.com/raceinfo/rule-book/introduction/, the 2017 SCORE electronic rule book may be viewed by computer, iPhone and iPad.

Updates include an introduction to help make navigation more user-friendly, expanded class descriptions and the general and competition rules that apply to all classes. Further, individual class rules are now grouped by type of vehicle (cars, trucks, motorcycles, quads).

“While there are not significant rule changes in this edition of the SCORE rule book, it was a painstaking project to make the electronic version considerably easier to navigate,” commented Art Savedra, SCORE Tech Director. “We had made some changes regarding safety regulations and are mandating a variety of things that have been optional in the past. This rule book input from a number of individuals and it was a team effort to complete it and then adapt it for electronic use on the SCORE website.”

Among the major safety changes, effective on May 1, head and neck restraints will be mandatory for all four-wheel vehicle participants and all devices must meet SFI Foundation Specification 38.1 (standard-Competition Regulations, page 1). Use of off-road lights is no longer allowed on highways or when entering physical checkpoint zones, only DOT approved highway lighting will be used in these areas.

Further, fire resistant apparel is now mandatory for all fueling personnel on teams using pressure or elevated tank systems. Minimum required quantity of fire extinguishers and personnel placement for all pits is also specified in this section.

Among the other changes and updates are pitting is now allowed only on the right side of pave highways, no pits allowed that require crossing oncoming traffic.