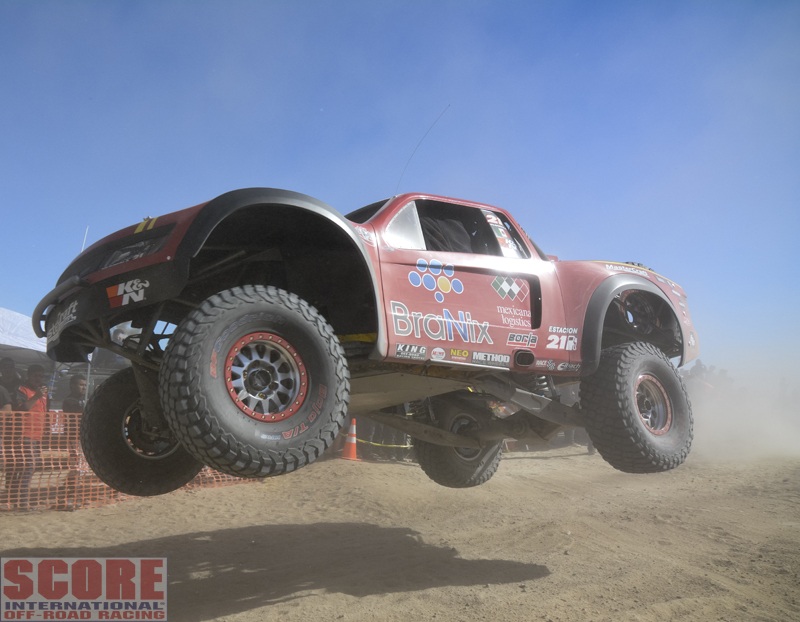 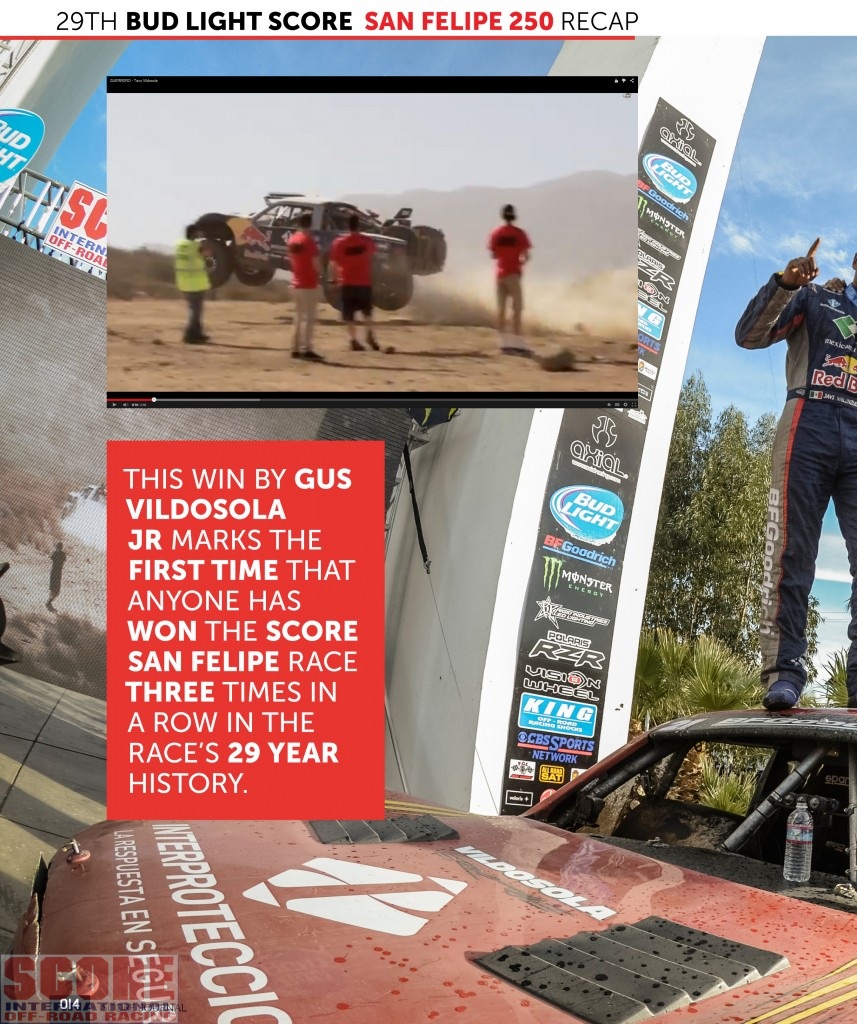 “We started San Felipe off on the right foot for the third year in a row, and that is huge for us going into the Bud Light SCORE Baja Sur 500. It will be a blast and I can’t wait to get down there and win another one,” said Vildosola. This win marks the first time that anyone has won the San Felipe race three times in a row in the race’s 29 year history.

Vildosola Jr. (Tavo Vildosola), started out 13th out of 20 vehicles in the Unlimited Trophy Truck racing division, and powered the number 21 Branix Mexicana Logistics Ford Raptor to a winning time of 4:03:41, and averaged 63.77 miles per hour. But the race was not an easy victory for him. A new steering rack and heavy wind gusts made it difficult to handle the truck at certain points of the race. “The truck was a handful at the beginning because we changed the steering rack, so it took a little bit for me to get used to it,” said Vildosola. “In the first 75 miles or so I was sweating and struggling with the truck and my hands hurt like hell. After that it loosened up a little bit and we were able to push hard.”

Trailing the number 5 truck of Clyde Stacy, Vildosola passed . . . READ THE REST OF THE STORY IN ISSUE 2-2015 OF THE SCORE JOURNAL. CLICK HERE TO OPEN TO SCORE JOURNAL’s VIDEO-ENHANCED COVERAGE OF HOW VILDOSOLA, Jr. MADE SCORE WORLD DESERT CHAMPIONSHIP RACING HISTORY At the 29th BUD LIGHT SCORE San Felipe 250. 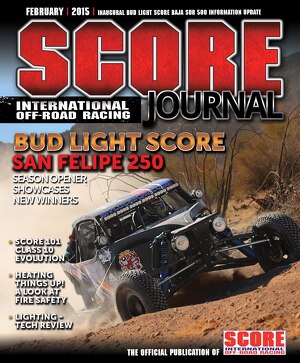