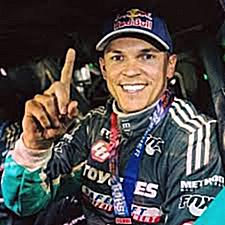 To air on ABC Network

ABC TV IN 2019
SCORE has announced that the 2019 SCORE World Desert Championship will be televised on the ABC TV family of networks, marking the first time back on the ABC network since the 1967 and 1968 coverage of the Baja 1000 on ABC’s old Wide World of Sports show.
The one-hour shows on the 33rd SCORE San Felipe 250, 51st SCORE Baja 500 and the 52nd SCORE Baja 1000 will be televised as part of ABC’s World of X Games year-long programming. Presented by SCORE sponsors Monster Energy and BFGoodrich Tires, the ABC World of X Games series profiles iconic action sports figures and also highlights athletes, artists, event previews and recaps.
SCORE also announced that the inaugural Lucerna SCORE Baja 400 next September will air as a one-hour special on ESPN TV.
All of the SCORE race coverage shows will continue to air internationally in over 20 countries in Europe, Asia and South America via syndication and ESPN International.