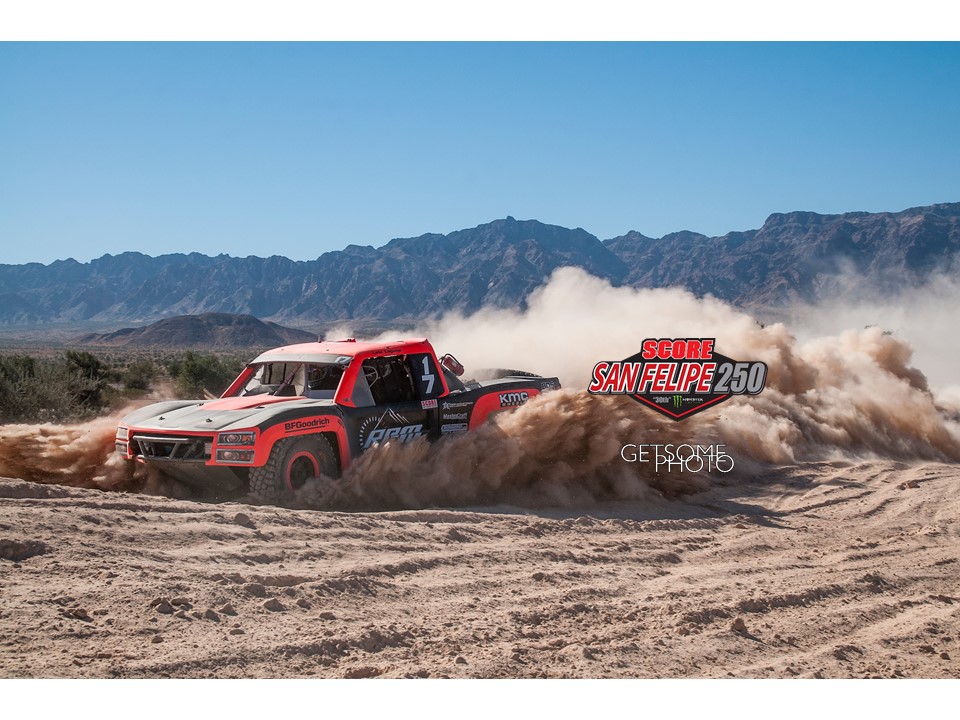 Early entries from 24 U.S. States, host Mexico, Australia, Austria, Canada, Germany and Guatemala are preparing for the popular season-opener of the four-race internationally-televised 2017 SCORE World Desert Championship. The event will be held March 29-April 2 in San Felipe, the quaint fishing village on the Sea of Cortez, 125 miles south of the U.S. Border at Calexico, Calif.

Thursday’s start draw determined the qualifying start order for the marquee SCORE Trophy Truck division, unlimited Class 1 and Trophy Truck Spec. This will be the first time qualifying has been held for any classes in the long history of this SCORE Baja race.

Guatemala’s Francisco Arredondo is a veteran SCORE racer who will be the rider of record on the No. 45x Chris Haines Racing Honda CRF450X. Arredondo and team owner Chris Haines are finalizing the co-rider list for the team.

The 2017 season also marks the golden 50th anniversary celebration of the legendary season-ending SCORE Baja 1000, the iconic Granddaddy of all Desert Races to be held in mid-November. The SCORE Baja 1000 is the longest  and oldest continuously held desert race in the world.

The Monster Energy SCORE Kickoff Welcome Party will be held from 7 p.m. to 11 p.m. PDT on Thursday (March 30).

Among the many classes where starting positions were drawn, starting on the pole in their respective classes will be Miguel Tornel Sr (Class 10) and his son Miguel Tornel Z-A drew first start in the SCORE Lites class.

In the start drawing, the featured SCORE Trophy Truck division had the most entries in the drawing with 25 followed by Trophy Truck Spec with 17 entries, Class 10 with 15 entries, unlimited Class 1 with 14 entries, Pro UTV FI with 13 and SCORE Lites with 10.

Leading the motorcycle entries in the drawing was Pro Moto Unlimited with seven entries.