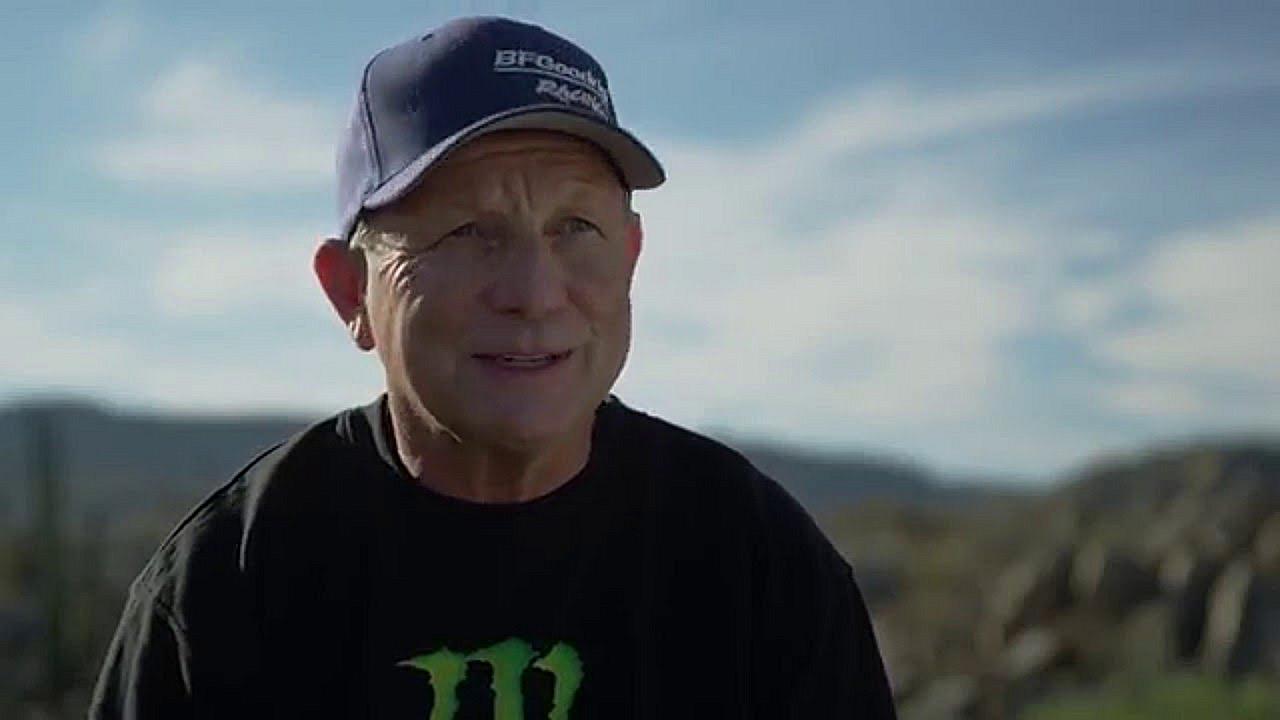 ENSENADA, Baja California, Mexico—Conspicuous by his absence on earlier entry lists, SCORE has confirmed that legendary Off-Road Motorsports Hall of Famer and AMA motorcycle Hall of Famer Larry Roeseler is teaming up with third-generation desert racer Dan McMillin to form a formidable  force for next week’s Golden Anniversary of the legendary BFGoodrich Tires SCORE Baja 500.

Over 350 vehicles, in classes for cars, trucks, utvs, motorcycles and quads, are expected at the start line with racers from as many as 35 U.S. States and 20 countries anticipated.

A member of both the Off-Road Motorsports Hall of Fame and the American Motorcycle Association (AMA) Hall of Fame, SoCal’s Larry Roeseler has earned international fame racing on a motorcycle, an open-wheel desert race car and in a SCORE Trophy Truck.

The SCORE Baja 500 has helped earn Roeseler, 61, his many honors with his exploits that include 17 class wins and a race-high 11 overall wins in this race, including nine on a motorcycle.

This year, LR as he is known in racing circles, will share driving duties with San Diego’s Dan McMillin behind the wheel of the No. 23 Mark Racing Ford F-150 built by Racer Engineering.

Roeseler’s 17 class wins in the SCORE Baja 500 are spread out over a remarkable 45-year period.

While Roeseler won his first motorcycle class win in 1972 in this race, he earned the first three of his 11 overall victories while teaming with three different co-riders in three consecutive years. In 1975 Roeseler teamed with the late racing great Bruce Ogilvie on a Harley-Davidson motorcycle. He won in 1976 with A.C. Bakken on a Husqvarna motorcycle and again in 1977 on another Husqvarna but this time with the legendary Jack Johnson.

His two 4-wheel overall wins in the SCORE Baja 500 came in back-to-back years in 2002 and 2003 when he split the driving with Las Vegas’ Troy Herbst in the iconic ‘Land Shark’ unlimited Class 1 open-wheel car built by Mike Smith.

Roeseler’s monumental career includes 10 gold medals in the International Six Days Enduro (ISDE) in Europe. He also has 17 career class wins in the SCORE Baja 1000 including a race-record 13 overall wins (10 on motorcycles and three in 4-wheel vehicles).

In the SCORE Baja 1000, LR won the overall back-to-back in 2004 and 2005 with Troy Herbst in the record-setting ‘Land Shark’ in Class 1 and in 2008 he earned his third 4-wheel vehicle overall as the second driver for current SCORE owner Roger Norman in the marquee SCORE Trophy Truck division in a peninsula race from Ensenada to La Paz.

Roeseler was inducted into the AMA Hall of Fame in 1999 and was honored in like manner in 2012 by the Off-Road Motorsports Hall of Fame. In addition to his three career SCORE Trophy Truck race wins, LR also won races earlier in his lengthy racing career of nearly 50 years in the AMA National Hare and Hound Series and the AMA National Enduro Series.

Among the crossover/celebrity racers entered in this year’s Golden Anniversary BFGoodrich Tires SCORE Baja 500 are: