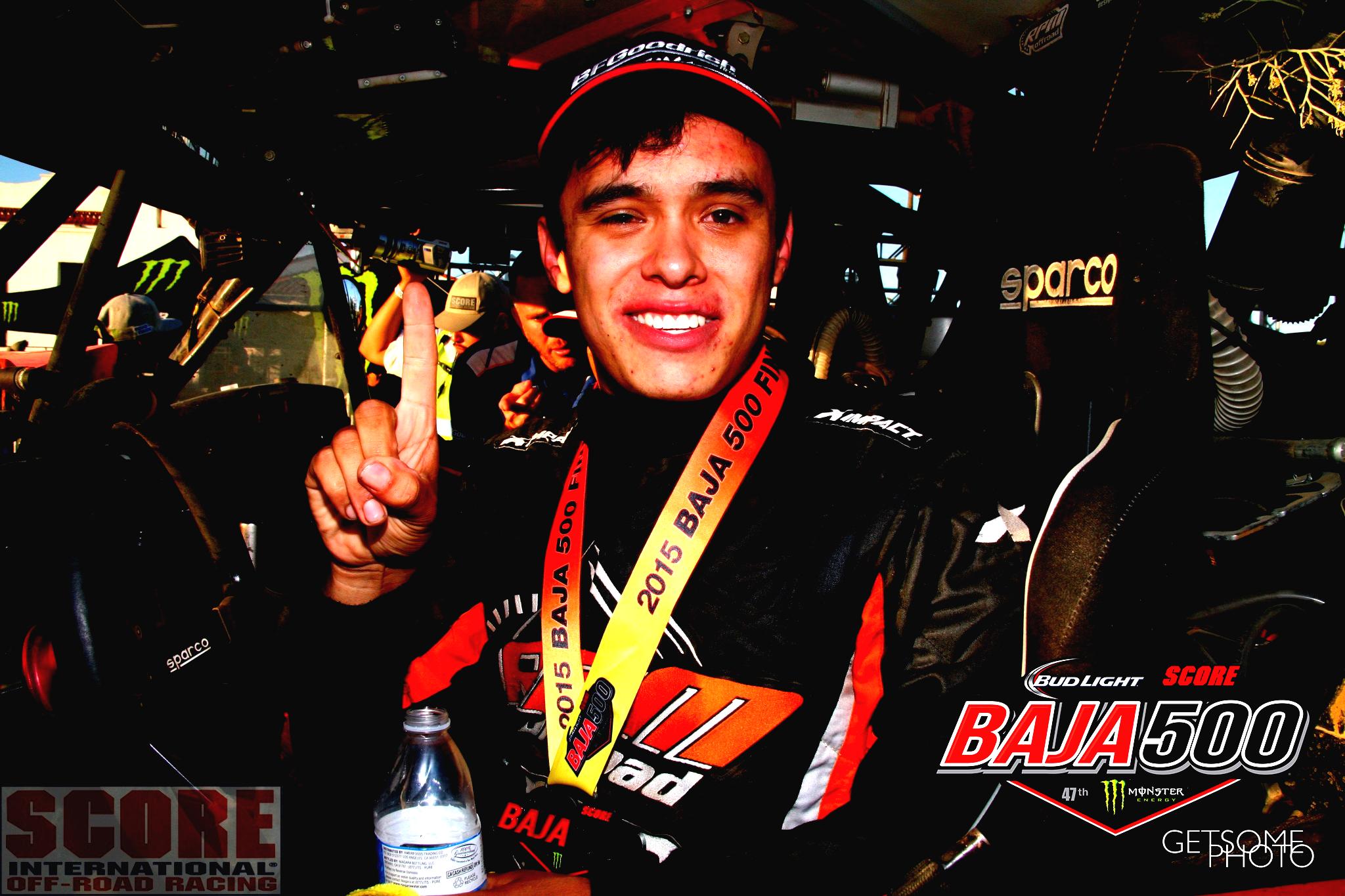 SCORE Off-Roadsman of the Year awards were presented in 14 categories along with the nine winners of the Red Kap SCORE Milestone Awards and the class and overall point champions of Roger Norman’s five-race 2015 SCORE World Desert Championship.

In front of an enthusiastic crowd of over 300 and a worldwide audience via the live webcast of the festivities, the evening was also a celebration of 42 years of SCORE championship desert racing.  Following the lengthy salute to the stars of the 2015 SCORE World Desert Championship, SCORE owner Roger Norman summarized his second year as SCORE’s CEO and President.

“We want to sincerely acknowledge the support, assistance and sacrifices made by family members, friends and sponsors–because without their support, the accomplishments of our racers in the series would not have been possible,” commented Norman. “Becoming a SCORE overall or class champion, or winning a coveted SCORE Off-Roadsman Award or SCORE Milestone Award is an achievement of the highest degree in our beloved sport.”

The late Oscar Ramos J, who passed away in July after working diligently as the SCORE Mexico liaison for 20 years, was selected posthumously as the 2015 SCORE Person of the Year. Accepting the award was his widow, Maritza Ramos.

With very tight voting in most categories, Mexico’s Carlos ‘Apdaly’ Lopez, was selected as the 2015 SCORE Rookie of the Year after his sterling season in the marquee SCORE Trophy Truck division. Lopez, just 20 years old of Tecate, won his class in the SCORE Baja 500 and finished second in the SCORE Baja 1000 to win the class point championship and the 2015 SCORE Overall point championship in the No. 5 RPM Racing Chevy Rally truck built by Geiser Brothers.

Rick Geiser was voted the SCORE Team Manager of the Year for his work helping coordinate the racing efforts of RPM Racing. This was the first year for this award.

“The year of 2015 was another memorable year in the history of SCORE International,” Norman added. “We witnessed a total of over 2,000 different drivers/co-drivers and riders/co-riders that participated in our five spectacular races in SCORE World Desert Championship. For my wife Elise and I, this was our just our third year as the caretakers of this amazing international treasure we all know as SCORE International. We are even more committed to work with our racers to expand the reach of SCORE even further than it has achieved so far.”

Mike Julson, of Santee, Calif., who has been a SCORE regular co-driver in both SCORE Trophy Truck and the unlimited Class 1, saw his Jimco Racing Products open-wheel desert race cars win the 2015 SCORE Original Buggy Chassis Manufacturer point championship for the 22nd time and 21st straight.

After a banner year in the SCORE World Desert Championship in 2015, Ray Field’s Dougans Racing Engines of Riverside, Calif. captured the 2015 Engine Builder point championship for the first time.

Another element of the diverse program was the presentation of the Red Kap SCORE Milestone Awards.  As it has for 30 years, the coveted SCORE Milestone Awards were presented to those drivers in who finished all required miles of the 2015 SCORE World Desert Championship. A total of nine racers completed all 2,303.81 required miles in the five-race 2015 SCORE World Desert Championship. It was the second time in SCORE history that all car, truck, UTV, motorcycle and Quad classes, pro and sportsman were eligible for the award.

The entire evening was streamed live on the SCORE Live HD platform on the SCORE website, produced by Tecnovision.

It was the first time for Lopez and Potter to earn SCORE Overall point titles in their respective divisions and second straight year for Robles Jr and his team.

The original SCORE International founded in 1973 by the late Mickey Thompson and headed by Sal Fish from 1974 until Fish transferred ownership of SCORE International to Roger Norman on Dec. 20, 2012. SCORE continues as the premier sanctioning body in the sport of desert racing. SCORE races feature competition in  Pro and Sportsman classes for cars, trucks, UTVs, motorcycles and ATVs competing in the races in Mexico.