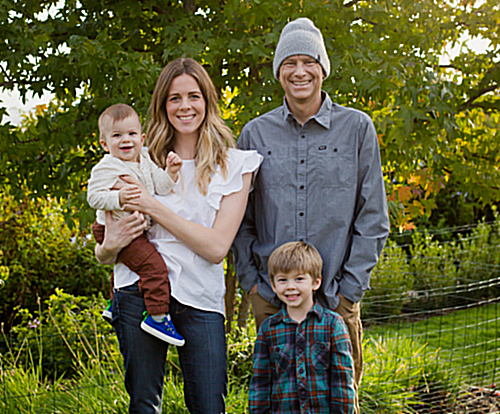 Chad was born on November 27, 1970 in Phoenix, AZ to father, Larry and mother, Colleen. Born into a motorsports family, son of “Lightning” Larry Ragland, five-time Baja 1000 winner, and one of the most successful off-road racers in history, Chad gained a love for the sport of off-road racing early in life. Many of his fondest childhood memories were of going to motorcycle and buggy races with his family. For high school, he attended Brophy College Preparatory, before moving on to Northern Arizona University in Flagstaff, AZ, where he graduated with a B.S. in Economics. Chad’s competitive drive and experience with the family business helped him launch and run several successful companies. He worked in the financial planning and mountain bike industries, before eventually following in his father’s footsteps and pursuing his own off-road racing career.

In 2003 Chad stepped into the unlimited class, and drove the following 3 years under the Collins Motorsports banner with his father, Larry, racing their #80 trophy truck “Arnold.” In 2005, in his first Baja 1000 attempt, Chad led the race overall for 400-plus miles, and finished 4th in the Trophy Truck class. He went on to have many successes in his racing career, as a team manager and driver for T Force Motorsports, and driver for Baldwin Motorsports. He worked with several off-road related businesses, sharing his knowledge as on-air talent for several motorsports events, as well as lending his driving expertise for television projects. In 2014, he formed the company CageWrx with partner Danny Gormican, where together they produced high-quality aftermarket products for the fast-growing UTV market.

Chad lived with a great passion for racing, but an even greater passion for his family. He married his longtime love, Lauren (Brogger) in 2017, and they shared a beautiful life together with their two sons: Sawyer, born in 2013, and Hendrick, born in 2016; as well as their much-beloved dog, Stanley. He lived life to the fullest, always seeking out his next adventure. He was fun loving, always ready with a witty comeback, and a genuine smile. He was a smart businessman and a talented racer, but he was, above all, a proud and devoted husband and father, a loving son, and a true friend to all who were lucky enough to know him.

A Celebration of Life service will be held on February 6th, 2018 at 11am, at Grand Tradition in Fallbrook, CA.

In lieu of flowers, the family requests that donations be made in Chad’s honor to the following:

Memories, stories and condolences can be sent to rallyforchad@gmail.com

The family would like to extend a special thank you to:

Team Chad – All of Chad’s family, friends, colleagues & fans for their wonderful support over the last 9 months.

The medical teams from Scripps Green Hospital, UCSD Moore’s Cancer Center and MD Anderson, Be Well Therapy, Be The Match, Leukemia and Lymphoma Society and the San Diego Blood Bank. The work you do is incredible.

For an in-depth look into Chad’s racing career, please visit: