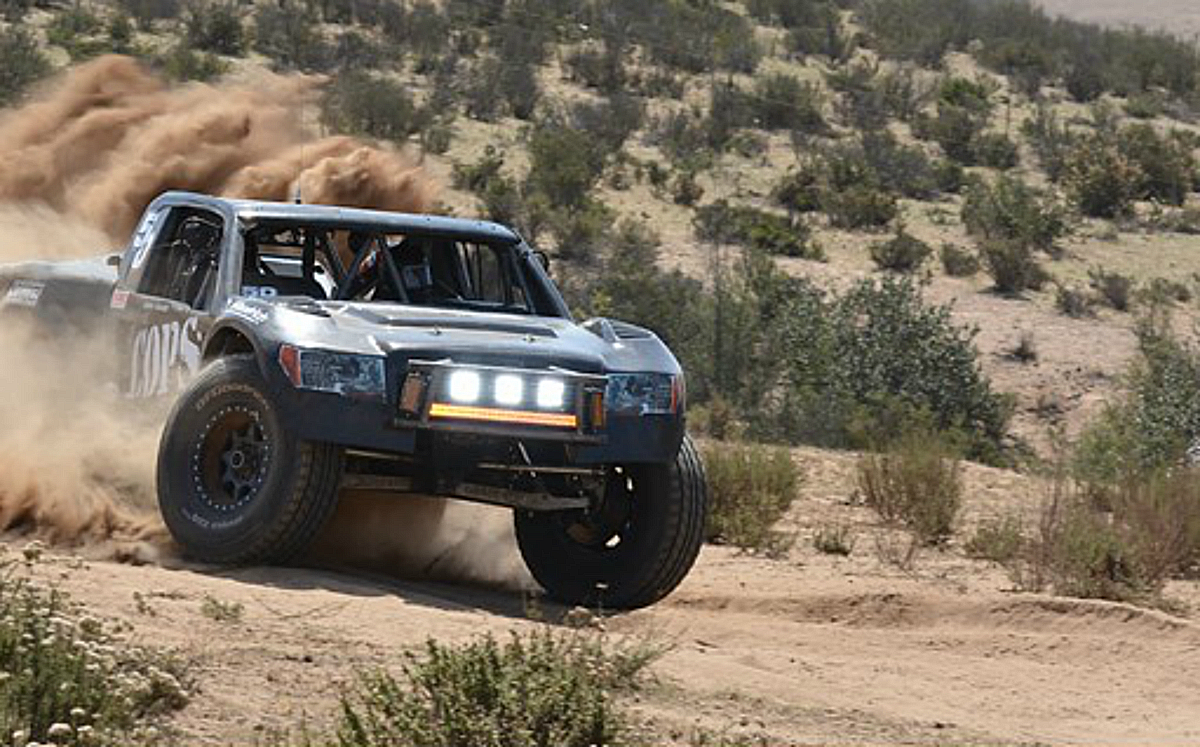 To be televised internationally; Start Draw to be held on Tues., March 27

ENSENADA, Baja California, Mexico – As if award-winning Hollywood executive John Langley wasn’t busy enough creating and producing over 1000 episodes over the last 30 years of the acclaimed COPS reality TV show, he is also celebrating the 10th year of his colorful COPS Racing Team by entering three vehicles among the early entries in next month’s 32nd annual SCORE San Felipe 250 in Baja California, Mexico.

The race will feature classes for cars, trucks, UTVs, motorcycles and quads. With many of the sport’s top stars among the first 83 official entries as of today from 19 U.S. States along with the additional countries of Austria, Canada, Germany, Italy and host Mexico, Langley and his son’s Morgan and Zak are the drivers of record in three separate classes.

The creator and executive producer of the COPS show that debuted in 1989, John Langley is considered the ‘godfather’ of reality TV by his peers and in 2011 was honored with a star on the Hollywood Walk of Fame for his contributions to the television industry.

In 2008 Langley and his sons Morgan and Zak launched the COPS Racing Team which has successfully competed for the last 10 years in the SCORE World Desert Championship.

While the affable and philanthropic John Langley might end up with the COPS logo on other vehicles, the official COPS Racing Team entries for this year’s SCORE San Felipe 250 from their race shop in Carson, Calif., will be in SCORE Trophy Truck, the unlimited Class 1 and in the Trophy Truck Spec divisions. Two of the race vehicles were built by ES Motorsports and the third by Mason Motorsports.

Zak Langley, 43, will race the No. 50 ESM-built Ford F-150 in the featured SCORE Trophy Truck division for high-tech, 900 horsepower unlimited production trucks, Morgan Langley, 44, will be the driver of record in the No. 150 ESM-Chevy powered open-wheel desert race car in the unlimited Class 1 and family patriarch John Langley, 74, will be ‘dor’ in the No. 250 Mason-Chevy truck built by Mason Motorsports.

All three plan on having a second driver in San Felipe. Second generation desert racer Luke Johnson, Trabuco Canyon, Calif. will drive part of the race in Zak Langley’s No. 50 SCORE Trophy Truck while Paul Keller, La Jolla, Calif. will be the other driver for Morgan Langley’s No. 150 Class 1 car.