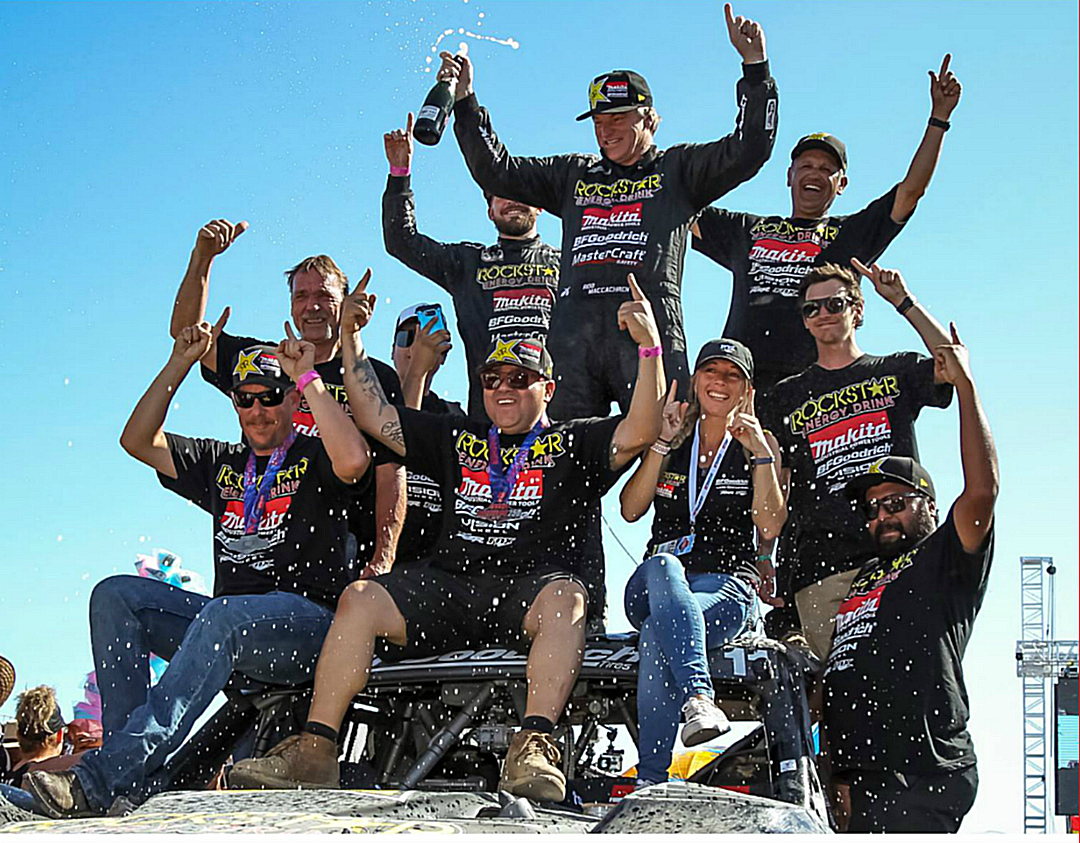 “With the start of the 2018 SCORE World Desert Championship earlier this month at the 32nd SCORE San Felipe 250 our SCORE family is anxious for the green flag to drop at the remaining three races on the schedule as well,” commented Jim Ryan, SCORE Marketing and Sales Director and publisher of the SCORE Journal. “This issue takes an in-depth look at the San Felipe race along with some product presentations, special features and interviews along with a huge amount of dynamic photographs, text and videos. With this digital magazine SCORE continues to actively reach and grow its global fan base.”

Vol. 4, No. 4 of the SCORE Journal is once again filled with numerous interesting worth-reading features, stories, exciting videos and several news items.

This edition is centered around an extensive review of the season-opening 32nd SCORE San Felipe 250 including the map of the expanded, race-record 319-mile course.

The thorough race coverage starts with MacCachren’s sixth SCORE Trophy Truck win in the  SCORE San Felipe 250 and expands to additional coverage of the Class 1, Trophy Truck Spec and Class 10 races. Also highlighted is the first-time Wayne Matlock and his wife Kristen Matlock both won their respective Pro UTV classes in the same race. The motorcycle coverage keys off of the Justin Morgan/Mark Samuels team who won the overall two-wheel competition in their first race as a team.

Also in this issue is a colorful feature on the new Polaris RZR XP Turbo S which may be a game changer for UTV racers.

Another main feature is on a family from Alaska returning to Baja as Pat Bell’s earliest memories of racing are of family traditions forged in SCORE Baja racing.

The SCORE Journal continues to shine a very bright spotlight on 50 Years of Glory—a celebration of this year’s 50th anniversary BFGoodrich Tires SCORE Baja 500 to be held May 29-June 3 in Ensenada, Mexico. The SCORE Baja 500 was the first race produced by SCORE in Baja California, Mexico on July 26, 1974.

This issue also has a memorable photo spread on Big Oly, the legendary purpose-built Ford Bronco that Parnelli Jones raced to victories in several Baja races in the 1970s.

The Off-Road Marketplace in this issue continues to shine brightly on the latest off-road products for 2018 for racers and enthusiasts. Featured this month is the 2018 Suspension Guide for off-road suspension components for the serious off-road enthusiast.