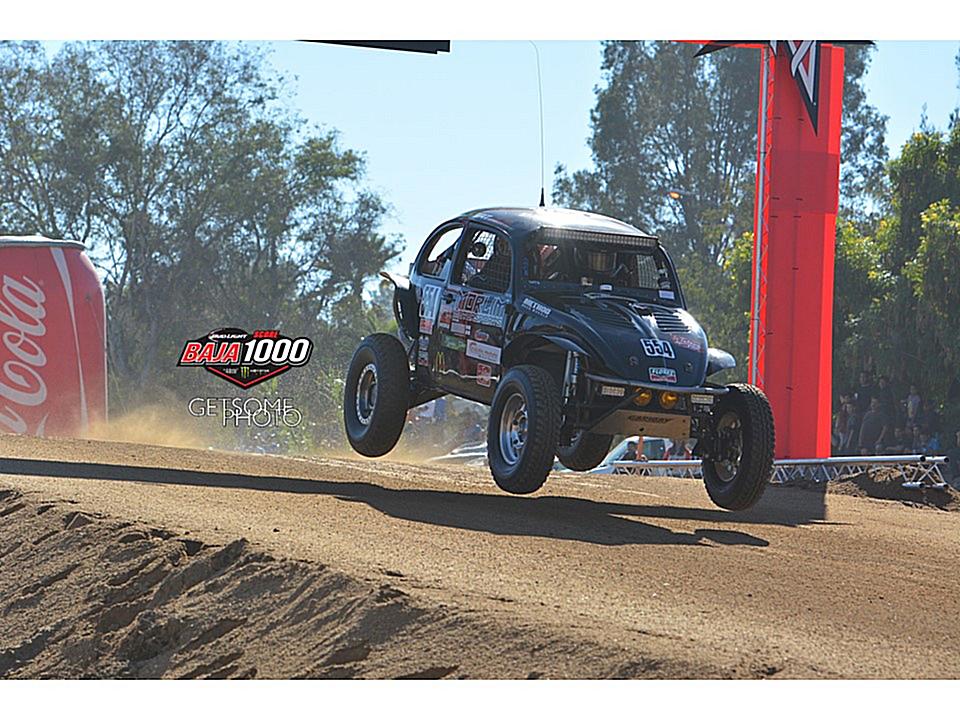 ENSENADA, Mexico—Because of navigation concerns for participants and chase crews, SCORE race officials have eliminated an area deep into the race course known as ‘the summit’ as pre-running opens Saturday for the internationally-televised 49th Annual SCORE Baja 1000, the iconic finale of the four-race 2016 SCORE World Desert Championship.

SCORE Race Director Jose A. Grijalva has announced that near Saldana at approximate race-mile 665, the modified course will go to Borrego, take a pavement section on Highway 3 to Valley de Trinidad and then up the goat trail to reach the remainder of the originally-announced course at checkpoint 4 in Nuevo Junction. The change adds approximately 20 miles to the overall length of the course, extending it to approximately 854 miles.

Grijalva commented, “While we originally thought that running up in the opposite direction as previous races over the summit would be challenging, we have determined it is more than that. While marking the course for the opening of pre-running, we determined that several classes would not be able to negotiate this route so we elected to make this course change at this time in fairness to all competitors. This year’s course is one of the toughest ever and this change will give the racers a brief break from the tortuous terrain.”

This year’s pre-running window will allow competitors nearly four weeks of practice time on the typically rugged race course of approximately 854 miles. Pre-running the start to Ojos Negros will once again be only allowed on Wednesday and Thursday of race week (Nov. 16-17) (and only in the outbound direction).

The approximately 854-mile course covers both sides of the peninsula and includes four checkpoints.

The course will travel a new route from Colonet to Llano Colorado and across to Valley de Trinidad. The race course goes along the highway from San Matias to Villa del Sol then crossing the highway at El Chinero, north to Coabuso Junction and then out to Borrego, up Highway 1 and up the goat trail to checkpoint 4 Nuevo Junction. From there it will be on to Catarina then back to Ojos Negros and from Ojos Negros back to the finish line.

A growing total of 207 vehicles are officially entered as of today and over 60 additional entries are expected to enter in the four weeks before race day for the legendary race.

So far among the car, truck and UTV classes, SCORE Trophy Truck has the most entries with 29, followed by Trophy Truck Spec with 20, Pro UTV FI with 20, Class 10 with 18, the unlimited Class 1 with 16 and Pro UTV with 14 officially entered to date.

In addition to the 27 States represented on the entry list to date, racers have officially entered from 12 countries.  In addition to the United States, entries so far have come from Australia, Austria, Belgium, Canada, France, Germany, Guatemala, Japan, Lithuania, Mexico, New Zealand and the US Territory of Guam.