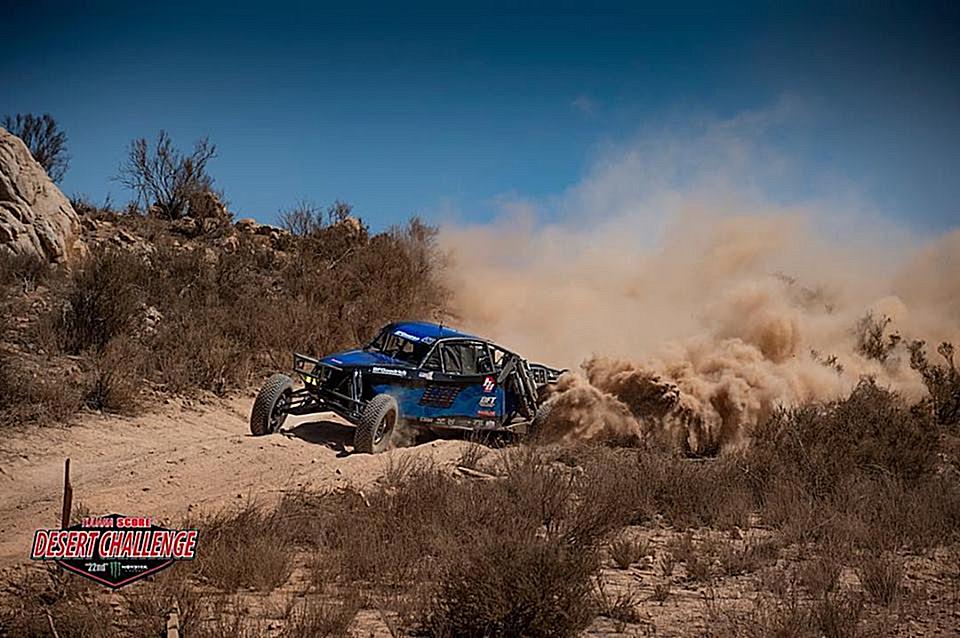 Special-format, two-day race was Round 3 of the four-race 2018 SCORE World Desert Championship;

WHERE THEY CAME FROM

The unique, two-day event was Round 3 of the four-race 2018 SCORE World Desert Championship and was held at Rancho Casian on the southeast outskirts of Tijuana.

After leading the first two of four laps on the first day in the elapsed-time race, Steele, 50, of San Clemente, Calif., captured his first career SCORE Trophy race win in a time of three hours, 21 minutes, 36 seconds while averaging 40.12 miles per hour over 134.8 race miles in his Geiser-built No. 16 Monster Energy Desert Assassins Ford Raptor.

The event featured two days of racing scored as one race. The race route was a 33.7-mile loop course through the challenging hills in the area that each class ran two laps each day for four total laps and 134.8 total race miles. The classes were split into three groups, running one session each day to determine the final results.

There were 161 official starters racing in classes for Pro and Sportsman cars, trucks, UTVs, motorcycles and quads. There were 96 official finishers in the race for a finishing rate of 59.6 percent. The impressive total of 161 starters was the eighth-most in the 22 times this race has been held.

Justin Morgan of El Cajon, Calif. put in consistent lap times for two days to take his third straight SCORE Baja motorcycle victory as well as his own Pro Moto Unlimited class with an overall time for the four 33.7-mile laps 3:34:13 with an average speed of 37.76 mph. Morgan, who teams with Mark Samuels, Yucca Valley, Calif. and the pair has won both prior SCORE Baja races this year, rode solo both days at the Tijuana race.

Leading the Pro UTV FI (Forced Induction) class which had a race-high 19 starters and the overall UTV winner was international drifting champion Rhys Millen. Millen, originally from New Zealand lives is San Juan Capistrano, Calif., had a winning time of 3:48:52 in his No. 2966 Polaris RZR XPT1000 Turbo.

SCORE races in 2018 are airing on the El Rey Network domestically and around the globe on ESPN International and syndication. The season-ending SCORE Baja 1000 will air as a two-hour special for race coverage.