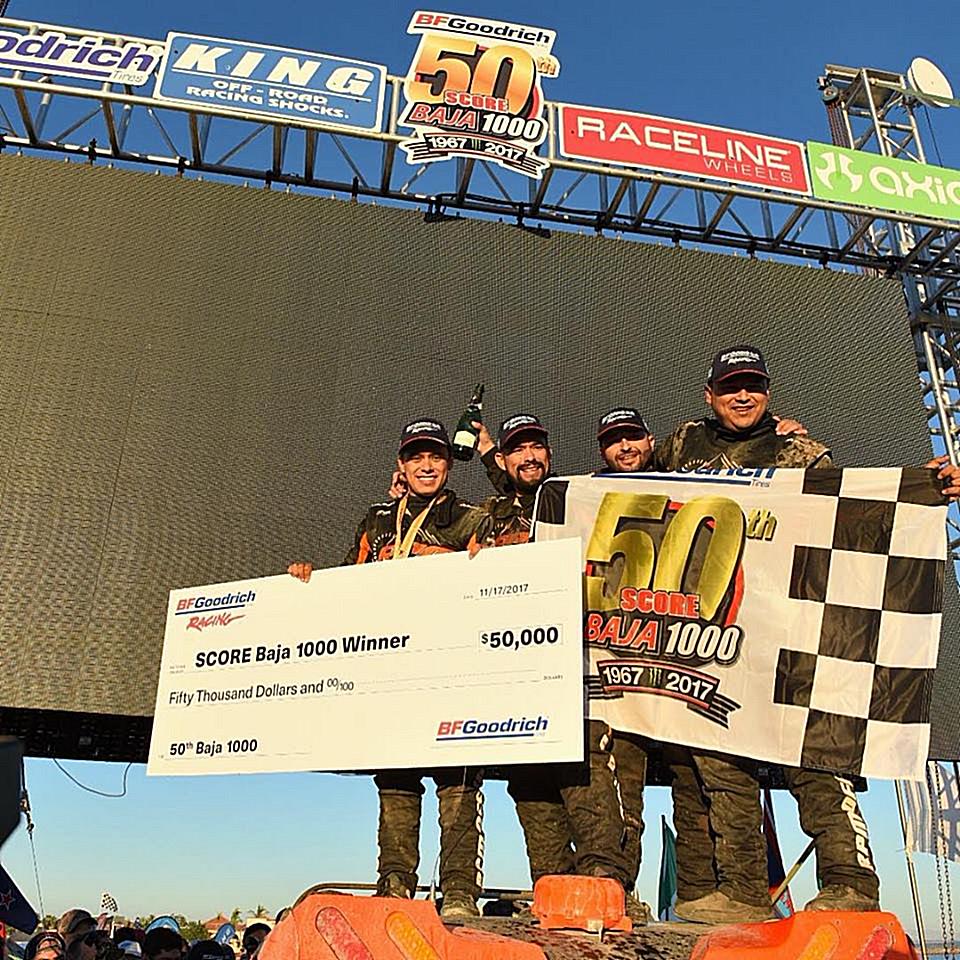 ENSENADA, Baja California, Mexico—Television audiences across the globe will begin viewing the epic 50th annual BFGoodrich Tires SCORE Baja 1000 desert race when it premiers Sunday (Jan. 14) at 2 p.m. PT as a two-hour special on the El Rey Network in the United States.

An amazing total of 404 cars, trucks, motorcycles and quads started the race and 237 made it to the finish line within the 48-hour time limit in the staggered-start, elapsed-time race.

The show also features commentary by American actor Sung Kang (Fast and the Furious franchise) who is the executive producer.

Working with ERN to produce these shows for SCORE has been award-winning BCII TV of Los Angeles.

As Baja itself claimed many of the frontrunners, turning great races into survival-mode finishes with several did not finishes, Apdaly, 23 and his father Juan C. Lopez, 43, both of Tecate, blasted through the terrain and the competition to earn a hard-fought struggle to capture the Golden checkered flag.