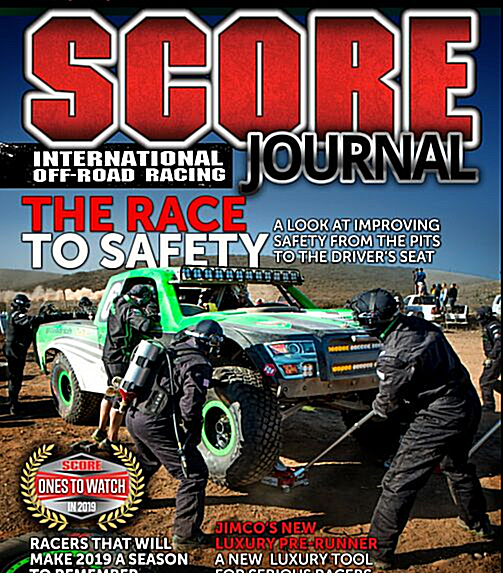 ENSENADA, Baja California, Mexico — Coverage in text, images and video previewing the 2019 SCORE World Desert Championship are bathed in the spotlight this month in Vol. 5, No. 2 of the highly-acclaimed SCORE Journal digital online magazine.

In addition to the preview section of the four-race 2019 SCORE World Desert Championship, there is a special section spotlighting the nearly 30 racers to watch entering the season. The issue also has a major SCORE special safety section, several SCORE News items, lots of new products and a pair of very special features on MacCachren Motorsports’ Jim Blackmore and Andreas Rodriguez. 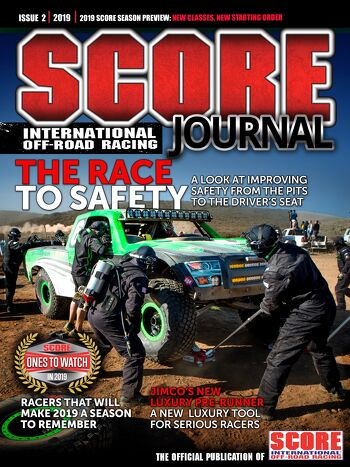 “Our February SCORE Journal takes a close look at the 2019 SCORE World Desert Championship including a quick look at 26 of the top racers entering the new season,” commented Jim Ryan, SCORE Marketing and Sales Director and publisher of the SCORE Journal. “This issue also features an in-depth look into safety issues for SCORE racers and spectators as we continue to make our events safer for everyone involved.”

“We also remember Pete Sohren, a very colorful part of our SCORE Family of racers, who passed away recently.”

Highlight of the edition is a large spread on race safety for racers, crews and spectators along with the 2019 SCORE Safety Buyer’s Guide featuring the latest in safety apparel and equipment.

Two other insightful stories help introduce two key members of the impressive MacCachren Motorsports team. Jim Blackmore was voted as the 2018 SCORE Team Manager of the Year and Andreas ‘Lechero’ Rodriguez was selected the 2018 SCORE Mechanic of the Year.

The work of award-winning vehicle builder Jimco is also showcased this month with a colorful look at the new Jimco Spitfire ‘luxury’ Chevy-powered pre-runner that was built especially for an airplane collector who wanted the truck to have the same theme a British Spitfire fighter plane.