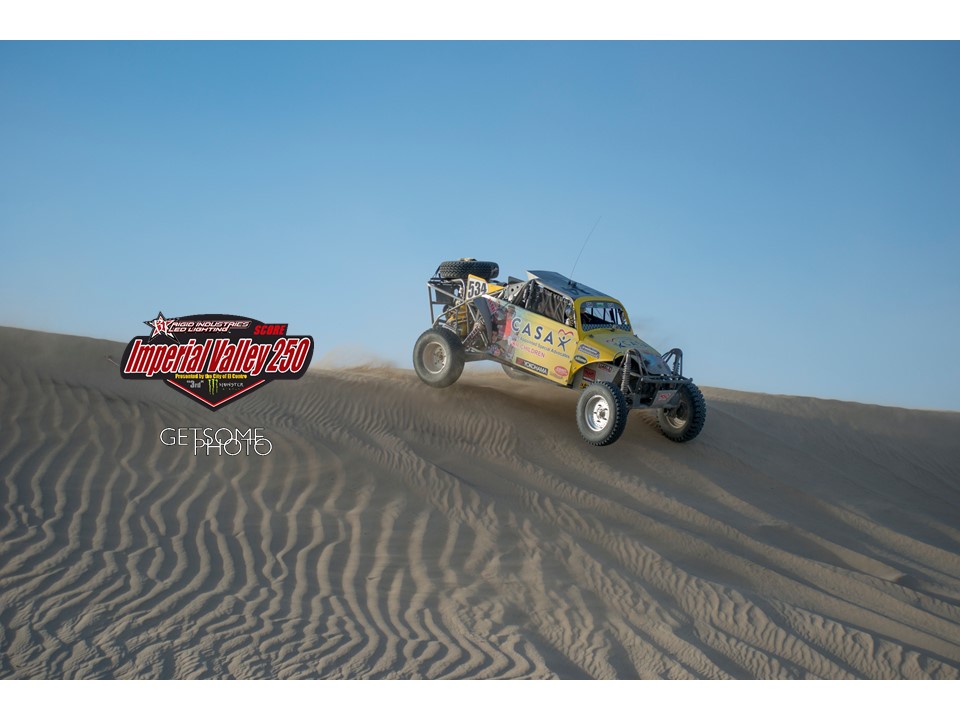 The city of El Centro, California is set to host the Rigid Industries SCORE Imperial Valley 250. The race is the fourth in the 2015 SCORE World Desert Championship and will take place September 24th thru the 27th. Presented by the City of El Centro, the race will be held near Plaster City partially on 41,000 dedicated acres in an off-highway vehicle use area under the jurisdiction of the El Centro field office of the Bureau of Land Management. The area for the race is also located immediately west of the Naval Air
Facility El Centro and is approximately 17 miles west of El Centro off of Interstate 8 (I-8).

“Without the amazing assistance from the City of El Centro, the area business community as well as the dedicated SCORE Imperial Valley 250 race committee of over 50 community leaders, SCORE would not be holding this event, simple as that,” commented Roger Norman, CEO/President of SCORE International. “In this sport, there are few major desert races held in OHV areas primarily because of safety concerns. El Centro and the SCORE Race Committee with invaluable assistance from the Imperial Valley sheriff and police departments have once again collectively developed an event plan that is compatible with the directives of the BLM. We know that the economic impact of the Rigid Industries SCORE Imperial Valley 250 for the area compares favorably with the most successful events in the history of the area.”

“We want to especially recognize the dream and vision of former SCORE Trophy Truck racer and Terrible’s Cup champion Marty Coyne (El Centro businessman) and the passion and determination of Jeff Sturdevant, chairman of the SCORE Race Committee,” adds Norman. “Marty has also provided the event the use of his complex in the heart of the race course for our start/finish line area.”

As in several SCORE Races, the Pro and Sportsman classes will be split into two groups for the Rigid Industries SCORE Imperial Valley 250 presented by the City of El Centro. The Motorcycle, quad and a few of the slower car/truck/UTV classes will start at 5:30 a.m. on Saturday, Sept. 26 with the featured SCORE Trophy Truck, unlimited Class 1 and other remaining car and truck classes starting at 3 p.m.