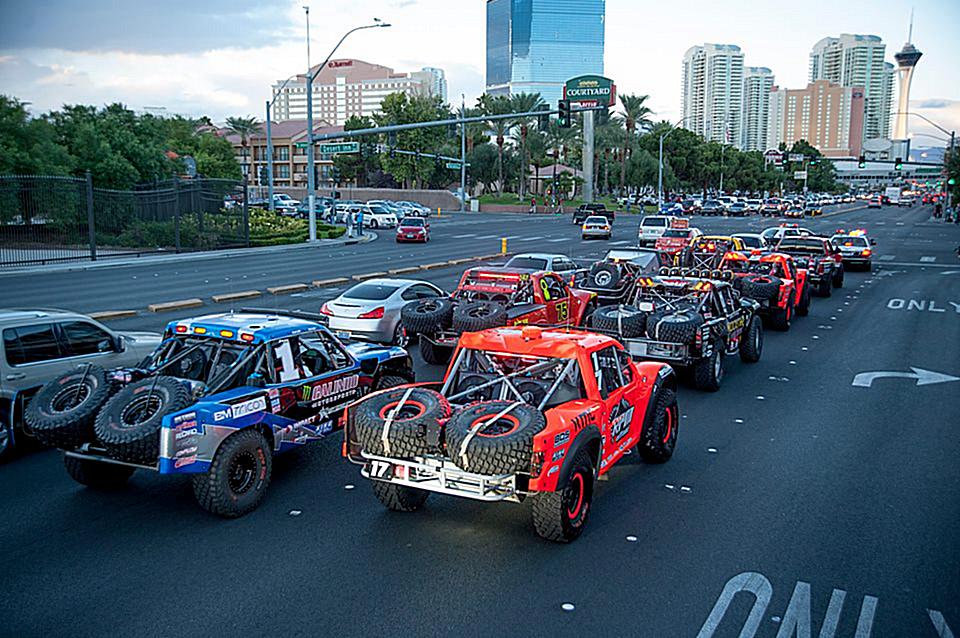 In front of an appreciative capacity crowd at the LVMS Off-Road Track, Gordon, who has three overall wins in the most iconic desert race in the world, blistered the dirt, recording a top qualifying time of in two minutes, 52.26 seconds with an average speed of 37.46 miles per hour in Gordon’s No. 77 Team Gordon Chevy Silverado. The 5,000-pound race trucks are designed for the pounding of open desert racing resulting in average speeds in qualifying 15-20 miles per hour less than they will average during the actual races.

The qualifying course was three laps over the .6 mile LVMS Off-Road Track for 2.1 total miles. Gordon was quickest among the 29 trucks out of the 42 entered in the race that elected to participate in the optional qualifying event to earn the Ultimate Dana Top Qualifier Award.

Gordon, who also owns and races in the Supertruck stadium series, finished just .47 seconds faster than the runner-up qualifier as 12 of the SCORE Trophy Truck qualifiers finished the course in less than three minutes.

Second was Las Vegas’ Rob MacCachren, who covered the three-lap course in 2:52.73 in the No. 11 Rockstar MacCachren Motorsports Ford F-150. MacCachren, the off-road Hall of Famer who has five overall victories in the SCORE Baja 1000 has won the last three consecutive SCORE Baja 1000 races.

Completing the podium as third quickest was SCORE rookie Brandon Arthur, of San Diego, who subbed for driver of record Andy McMillin, National City, Calif., with a time of 2:54.38 in the No. 31 TSCO Racing Ford F-150.

Rounding out the top five SCORE Trophy Truck qualifiers were Ricky Johnson, Trabuco Canyon, Calif. (DOR—Larry Connor, Miamisburg, Ohio), who was fourth in 2:54.60 in the No. 6 Team C Racing Chevy Silverado and fifth was Las Vegas’ Bryce Menzies in a time of 2:55.89 in the No. 7 Menzies Motorsports Red Bull Ford Raptor.

A total of 27 of the 40 SCORE Trophy Trucks entered in the race and both SCORE TT Legend race trucks participated in the optional qualifying for starting positions within their respective classes.  It will be televised on a delayed basis on a date to-be-announced as a one-hour special on the El Rey Network with later syndication internationally.

At 7 p.m. (PT) tonight (Wednesday, Nov. 1) there will also be a VIP screening of the ‘Dust 2 Glory’ one hour, 50 minute motorsports action documentary movie on the SCORE World Desert Championship. The screening will be open to all individuals with a SEMA Show badge.

For all the classes including SCORE Trophy Trucks that didn’t qualify, the drawing for starting positions within each class will be held at 11 a.m. on today (Wednesday, Nov. 1) at the SCORE transporter at the SEMA SCORE Baja 1000 Experience at the Las Vegas Convention Center.