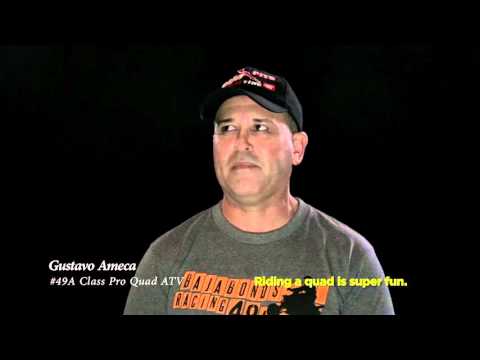 In 2006, Juan Dominguez attended his first race as a spectator in the Baja 500 – and has since remained choppy! Although he lost the sight in his right eye after 7-year-old John never let his disability prevent him achieve his dream of becoming a runner on SCORE. In 2015, John and his team of Sportsman Quad 109A, absolutely dominated the SCORE Desert World Championship, winning all four races including the Baja 1000 came to close the season. Four races, four wins and a championship SCORE! Congratulations to Juan Dominguez 109A and his team – are real warriors!

GUERRERO – Episode (19) – Juan Dominguez, Sportsman Quad 109A
In 2006, Juan Dominguez Attended His first SCORE Baja 500 race as a spectator – and was hooked Immediately! , Although