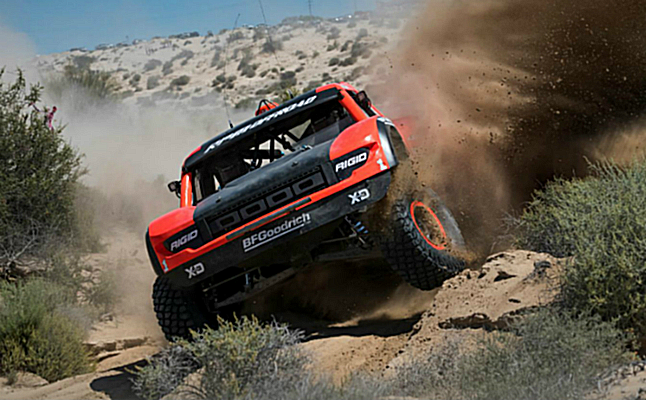 ENSENADA, Baja California, Mexico—Already known as the ‘Desert Racing Capital of the World,’ Ensenada has added another jewel to its crown as SCORE International has announced a new race will be held in the growing sea-side port on the Pacific side of Mexico’s Baja California peninsula as part of the official four-race schedule for the 2019 SCORE World Desert Championship released today by SCORE.

Featuring all four races in Baja California, Mexico for the fourth time in the storied history of the World’s Foremost Desert Racing Series, the events will all be taped to air domestically as well as being syndicated internationally.

The Inaugural Lucerna SCORE Baja 400 in Ensenada, the newest event on the SCORE World Desert Championship schedule, to be held Sept. 18-22, 2019, will be the third SCORE race to be held in Ensenada.

The Lucerna SCORE Baja 400 is being held in 2019 between the vastly popular SCORE Baja 500  and the venerable season-ending SCORE Baja 1000.

All three Ensenada races on the 2019 schedule will start and finish in front of the iconic Riviera del Pacifico Cultural Center on Blvd. Costero (Mexico Highway No. 1)

The new Hotel Torre Lucerna Ensenada, located on Highway 1 on the Northern outskirts of Ensenada will be the SCORE headquarters hotel for all SCORE Baja races in Ensenada starting with this November’s 51st SCORE Baja 1000.

Recognized around the globe as two of the very top motorsports extravaganzas in the world that will also start and finish in Ensenada again in 2019, the 51st SCORE Baja 500 will be held May 29-June 2 and the season-ending 52nd SCORE Baja 1000, the Granddaddy of all Desert Races, will be heldNov. 19-24.

The 2019 SCORE World Desert Championship season-opener for the seventh straight season will be the 33rd SCORE San Felipe 250, to be heldApril 3-7 on the Sea of Cortez side of Mexico’s majestic Baja California peninsula.

SCORE racing features the best competitors from all over the United States and as many as 30 total countries. Races feature classes for Pro and Sportsman cars, trucks, UTVs, motorcycles and quads.

“SCORE continues to build the operational and marketing assets of the SCORE World Desert Championship and our 2019 schedule will include the SCORE Baja Triple Crown races along with the exciting debut of the new Lucerna SCORE Baja 400,” said Roger Norman, CEO and President of SCORE International. “Mexican races are the cornerstone of SCORE and to have all four races south of the border for the fourth time in history is a distinct honor and a wonderful privilege. We welcome the challenge to add to the illustrious SCORE Baja racing legacy.”

Here is the schedule for the four-race 2019 SCORE World Desert Championship which is being held in Baja California, Mexico and for the fourth consecutive year all races: