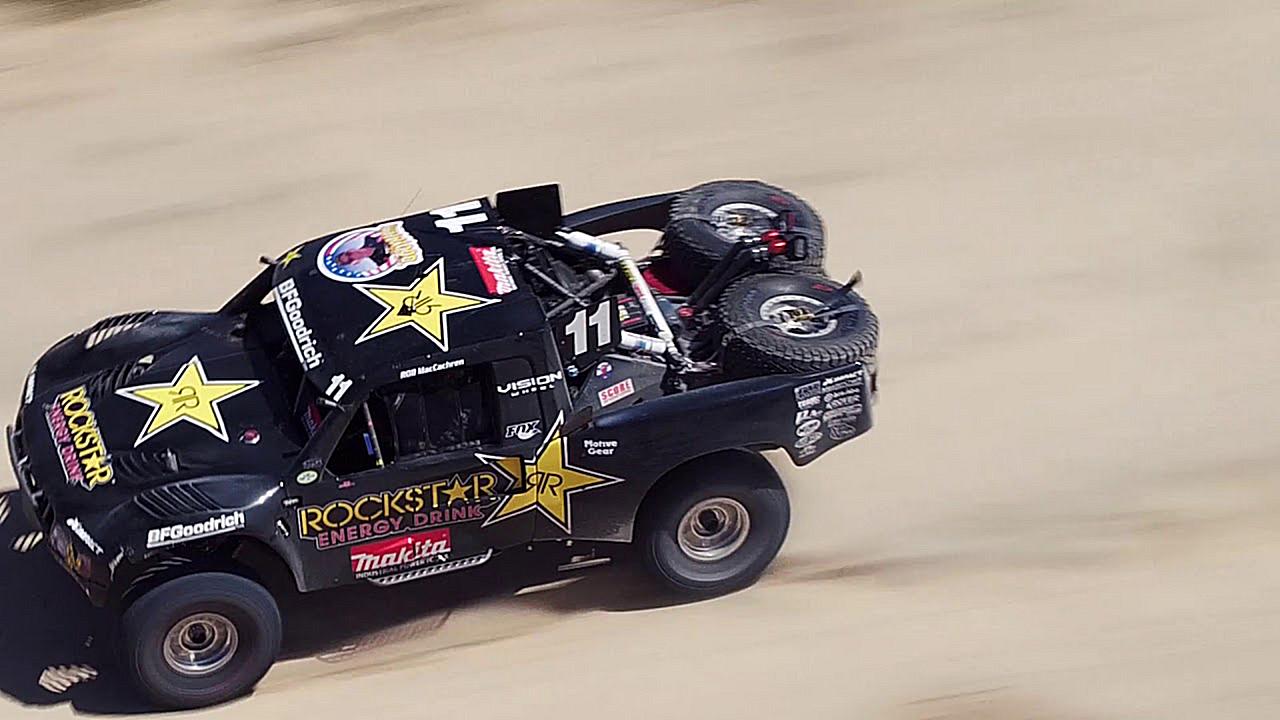 ENSENADA, Baja California, Mexico—What was a forgone conclusion based on his winning the season opener in April, Las Vegas’ Off-Road Motorsports Hall of Famer Rob MacCachren will drive the first SCORE Trophy Truck to start the 4-wheel portion and Justin  Morgan, El Cajon, Calif., will ride the first motorcycle to start the first portion of next week’s Golden Anniversary of the legendary BFGoodrich Tires SCORE Baja 500.

Nearly 350 vehicles, in classes for cars, trucks, utvs, motorcycles and quads, are expected at the start line with racers from as many as 35 U.S. States and 20 countries anticipated.

After winning the season-opener for his 16th career SCORE Trophy Truck win, MacCachren will start first in his No. 11 Rockstar Energy MacCachren Motorsports Ford F-250 (builder Geiser Bros).  Based on the finishing order in San Felipe, following MacCachren into the Baja desert will be Cameron Steele, second in the No. 16 Monster Energy Desert Assassins Chevy Silverado (Geiser) and after that three third-generation members of San Diego’s McMillin ‘Dynasty in the Desert’ will start third, fourth and sixth.

For the motorcycles, Morgan and co-riders Mark Samuels, Yucca Valley, Calif. and Justin Jones, Murrieta, Calif., will be the first vehicle off the line in their No. 7x Monster Energy Honda CRF450X.

While three-time SCORE Baja 500 overall and SCORE Trophy Truck winner Bryce Menzies, 30, of Las Vegas, continues to recover from a broken back, driving the majority if not all of next Saturday’s race will be legendary French Rally Racer Cyril Despres who is a five-time motorcycle overall winner of the Dakar Rally-Raid. Despress, 44, who lives in Andorra, has driven the last three years in the Dakar Rally for the powerful Peugeot factory team, finishing on the podium in third place in 2017.

Menzies and Despres will drive the No. 7 Red Bull Menzies Motorsports Ford Raptor.