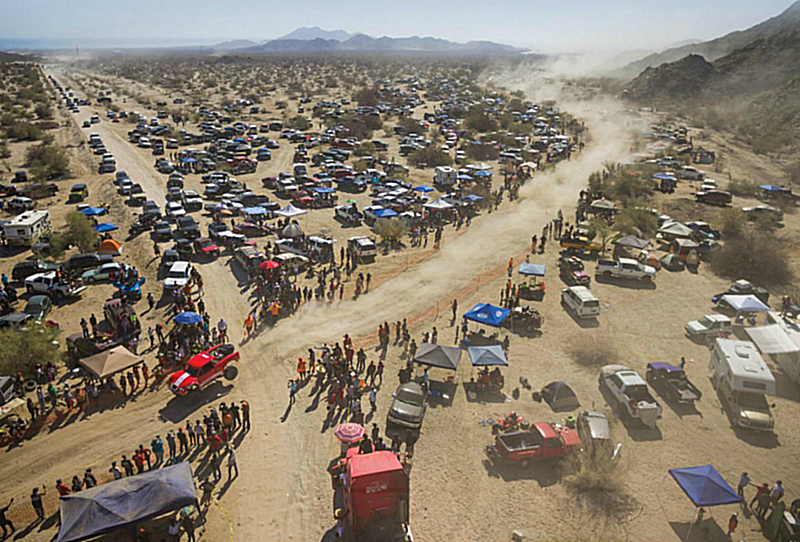 ENSENADA, Baja California, Mexico – After just two weeks of accepting online racer registration, many of the sport’s top figures are among the first official entries for the upcoming 33rd annual SCORE San Felipe 250 in Baja California, Mexico. The popular ‘Spring Break’ event will start and finish for just the third time on the Malecon in the heart of town along the azure waters of the picturesque Sea of Cortez.

The season-opening event of the four-race internationally-televised 2019 SCORE World Desert Championship will be held April 3-7 in San Felipe, the peaceful fishing village on the Sea of Cortez, 125 miles south of the U.S. Border at Calexico, Calif. All four 2019 SCORE races will be held on Mexico’s magnificent Baja California peninsula for the fourth consecutive year.

In the motorcycle/quad classes, two 2018 season point champions are already entered and one of them, Mexico’s Santiago Creel, is rider of record on three KTM motorcycles in three classes and a second driver in a vehicle in the Trophy Truck Spec class.

Creel, an international motorcycle rally racer from Mexico City, will be the rider of record on one motorcycle in the Pro Moto Unlimited class, one in the Pro Moto 30 class for riders 30 years and one in Pro Moto Limited, the class he was the season point champion in during both the 2017 and 2018 SCORE World Desert Championship.