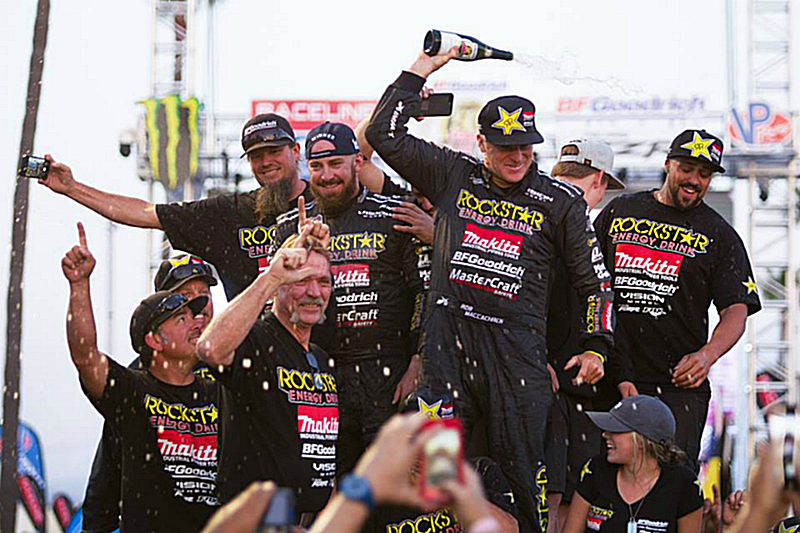 In this year’s SCORE World Desert Championship, MacCachren is undefeated as he won the overall and featured SCORE Trophy Truck title in both the season-opening 32nd SCORE San Felipe 250 and the BFGoodrich Tires 50th SCORE Baja 500.

In San Felipe, it was his 10th class win in race history and sixth overall title and in the SCORE Baja 500 his 2018 overall win was his second among seven career class wins in this race.

Also already entered is the undefeated top 2018 SCORE motorcycle team of Justin Morgan, El Cajon, Calif. and Mark Samuels, Yucca Valley, Calif. Racing in the Pro Moto Unlimited class as a new team this season, Morgan/Samuels were the first overall motorcycle finishers in the first two races of the year on their No. 7x Honda CRF450X.

The unique-format race will be held in an area with a spectator-friendly start/finish line and ‘hot pit’ area located on the southeast outskirts of Tijuana at the popular Rancho Casian off of Boulevard 2000 (Highway No. 201) at Km 22.

Among the other entries to date is Liz Karcz in the Pro Moto Ironman motorcycle class. Karcz, 33 a New Jersey transplant, is an ICU nurse at the University of New Mexico Medical Center in Albuquerque. She finished the season-opener in San Felipe and unfortunately was a DNF at the SCORE Baja 500 and she is committed to finish the rest of the season in the class for solo riders as she races for the DA8 Strong Foundation.