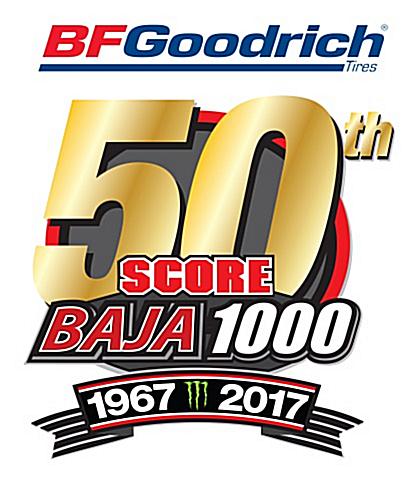 Brian Wilson among other class leaders after first 10 Hours

of 1,134.40-mile odyssey down Mexico’s Baja California peninsula from Ensenada to La Paz;

With 414 total entries in Pro and Sportsman classes for cars, trucks, UTVs, motorcycles and quads, racers have come from 44 U.S. States, the District of Columbia, two U.S. Territories and 27 countries so far, the elapsed-time race over a rugged 1,134.40-mile course will had the motorcycles and quads start Wednesday at midnight PT followed by the start of the car/truck/UTV classes at 10 a.m. PT on Thursday morning.

MacCachren, driving with Justin Voss of Cupertino, Calif. for a second time in three years in the SCORE Baja 1000, is attempting to become the first driver in the famed Baja event to win overall in four straight races with his Rockstar MacCachren Motorsports Ford F-150 SCORE Trophy Truck.

Leading the Class 1 unlimited open-wheel cars was Brian Wilson of Lakewood, Calif., who is teaming with his father, Randy Wilson also of Lakewood, and Kyle Quinn of Irvine, Calif., in a Jimco-Chevy open-wheel desert race car.  Second at the halfway point was Brandon Bailey of Riverside, Calif., in an Alumi Craft-Chevy as Bailey is co-driving with Jason Coleman of Huntington Beach, Calif., Johnny Nelson of Hemet, Calif., and Arthur, who driving two different vehicles in this year’s SCORE Baja 1000.

The motorcycles left the Ensenada starting line 10 hours before the four-wheel vehicles Thursday and Guatemala’s Francisco Arrendondo paced a five-rider team in a Honda CRF450X throughout the majority of the SCORE Baja 1000 and are expected at the La Paz finish line within an hour.  Chasing Arrendondo throughout the tedious trek has been another Honda squad led by Mark Samuels of Yucca Valley, Calif., also on a Honda CRF450X.