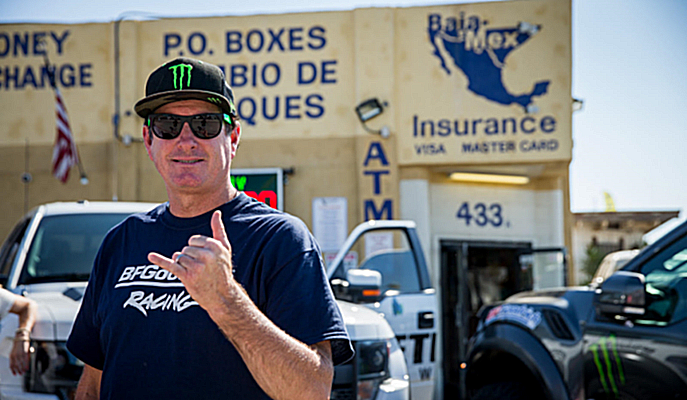 Next week in Mexico

second half next Sunday for six total laps over 23.4-mile loop course for 140.4 total race miles;

With pre-running today, Saturday and Sunday, Steele, of San Clemente, Calif., will lead the field in the unique-format, multi-day, multi-lap race in his No. 16 Monster Energy Desert Assassins Chevy Silverado into next week’s race. Steele, the popular TV personality, races in the featured SCORE Trophy class for high-tech, 850-horsepower unlimited production trucks.

With less than two months remaining before the historic 50th anniversary race of the iconic SCORE Baja 1000, the City of Tijuana and the Tijuana tourism groups has given SCORE a multi-year contract that moved this race from nearby Rosarito Beach where it was held last year.

Online registration on the SCORE website at www.SCOREInternational.com will continue after the drawing until 5 p.m. this Sunday (Sept. 17) with late registration at the host hotel next Wednesday and Thursday (Sept. 20 and 21).