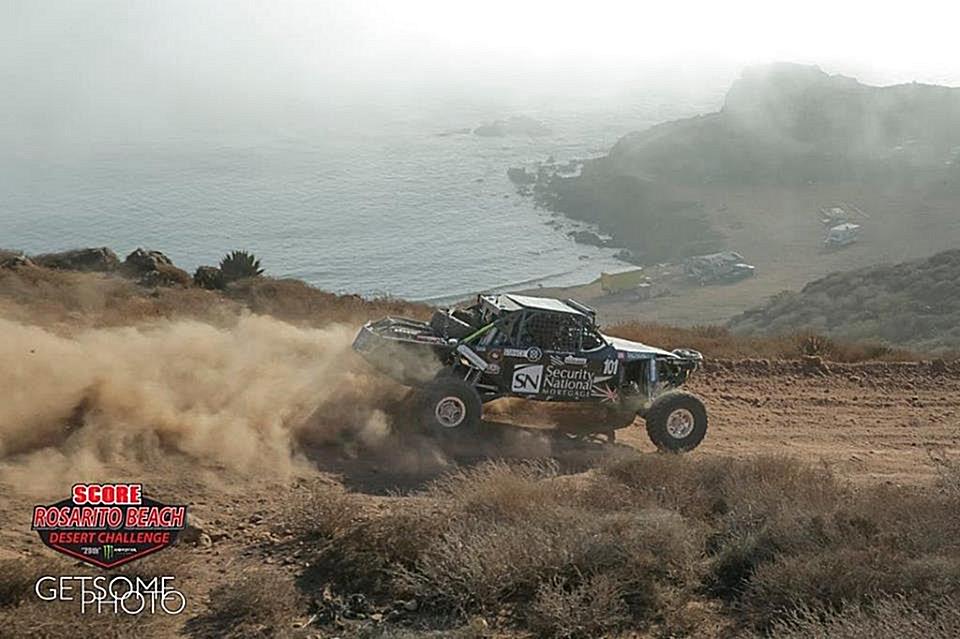 ROSARITO BEACH, Mexico—Enjoying rare respites from his consuming life as an accomplished Americna businessman and film producer, Gary Magness has drawn the first starting position in the featured SCORE Trophy Truck division for next week’s internationally-televised Rosarito Beach 20th SCORE Desert Challenge.
Born in Bozeman, Mont., raised in Texas, Magness, who lives and conducts much of his business out of Denver, drives his No. 45 Mango Racing Ford F-150 in SCORE Trophy Truck, the marquee SCORE racing division for high-tech, 850-horsepower unlimited production trucks. At the midway point in the SCORE season, Magness is third in the season point standings in SCORE Trophy Truck.
With a special race format, Round 3 of the four-race 2016 SCORE World Desert Championship, the race will be held next Thursday through Sunday in Mexico’s Baja California. Starting and finishing just south of Rosarito Beach, the colorful resort area on the Pacific Ocean located just 19 miles from the U.S. Border south of San Diego, it marks the first time in its storied history that SCORE International has held a race in the Rosarito Beach area. The actual start/finish area, hot pits and primary spectator area will be at Los Manantiales.
With competition in classes for cars, trucks, UTVs, motorcycles and quads, the only two days of pre-running for all classes will be held this Saturday and Sunday from 8 a.m. to 5 p.m. PT each day. An additional practice session will be held for motorcycle and quad classes only prior to the start of their race next Sunday from 6:30 a.m. to 8:30 a.m. PT.
Official entries received after the drawing will be given the next available starting position within their respective classes. Online entries will be accepted until 10 p.m. PT this Sunday. Late entries after that date must all be completed at registration in Rosarito Beach.