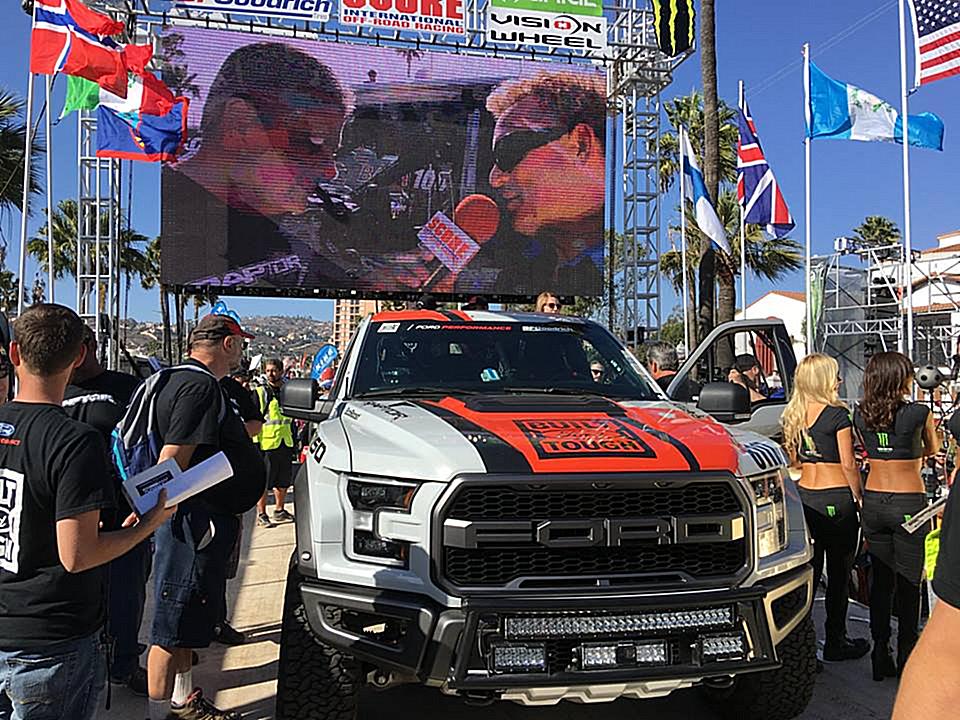 nearly 350 entries from 40 States, 30 countries expected for the iconic Granddaddy of all Desert Races;

POMONA, Calif., USA— While SCORE celebrates its heritage this weekend at the Off-Road Expo at the Fairplex in Pomona, Calif., online racer registration is now officially open at www.SCORE-International.com for November’s celebratory  50th BFGoodrich Tires SCORE Baja 1000, the iconic granddaddy of all desert races that is the season-finale of the four-race 2017 SCORE World Desert Championship.

Nearly 350 entries, from 40 U.S. States and 30 countries are expected to compete in this year’s 50th annual BFGoodrich Tires SCORE Baja 1000.

Crowd favorite autograph sessions will also be taking place from 12:30 p.m. to 2 p.m. on both Saturday and Sunday at the SCORE Baja 1000 Exhibit at the Expo with many of the stars of the sport, both past and present who have built their legacy in the SCORE Baja 1000.  Additional highlight of the SCORE Baja 1000 exhibit will be the SCORE Monster Energy Cinema, featuring SCOREvision, massive LED screen showing race telecasts that have aired on the CBS Sports Network as well as historical race videos that are part of the legendary legacy of SCORE Baja racing.

In addition to showcasing current SCORE desert racing vehicles at the Off-Road Expo, drivers and sponsors, the 50th BFGoodrich Tires SCORE Baja 1000 official course map for the race will be unveiled by SCORE officials at 3 p.m. (PT) on Saturday along with outlining the race schedule including the SEMA Qualifying activities for the marquee SCORE Trophy Truck division.

Teams will be allowed to begin pre-running or practicing on the race course starting at 8 a.m. (PT) on Saturday, Oct. 21 starting from Ojos Negros as the section from the start to Ojos Negros will be restricted.

The four-race 2017 SCORE World Desert Championship in Baja California, Mexico along with the SEMA SCORE Baja 1000 Experience/SCORE Baja 1000 Qualifying in Las Vegas are all airing on El Rey Network in the United States. International distribution is by way of syndication. The season-ending 50th BFGoodrich Tires SCORE Baja 1000 will have a two-hour show produced while the other race shows are each one-hour telecasts.