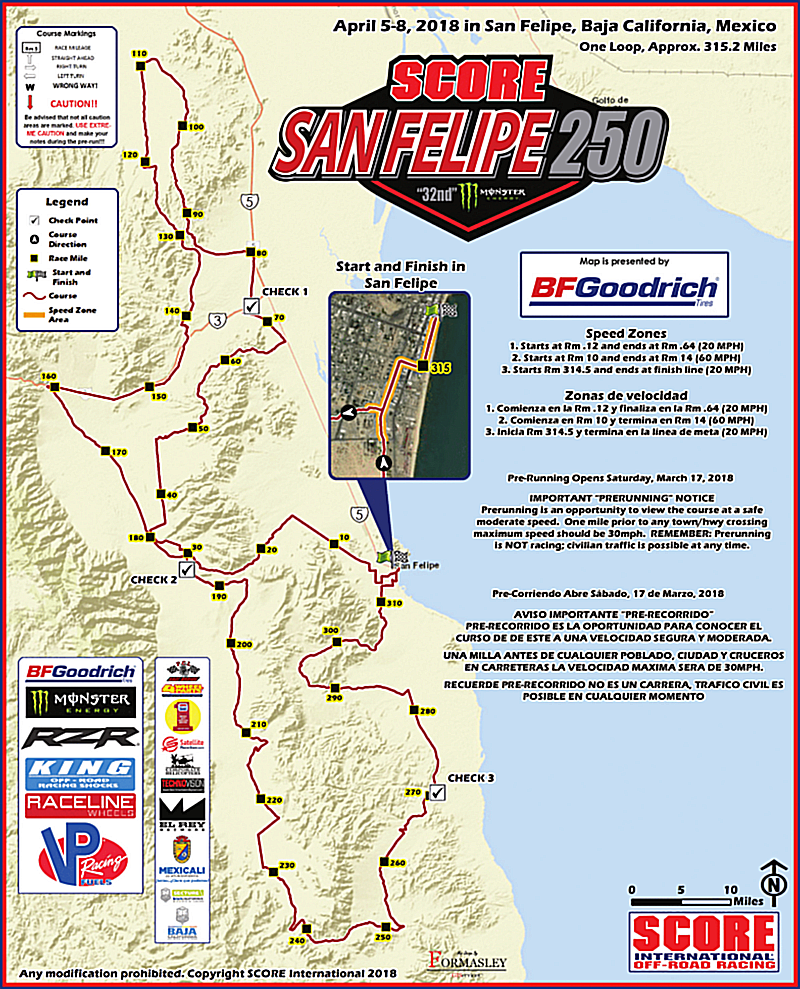 Entries to date from 20 States, 6 countries, Start/finish along Sea of Cortez on Malecon

in San Felipe; to be televised internationally; Start Position Draw on Tuesday, March 27

With many of the sport’s top stars among the first 101 official entries as of today, the racers are from 20 U.S. States along with the additional countries of Austria, Canada, Germany, Italy and host Mexico.

A COURSE WITH ‘NO NAME’

SCORE President Roger Norman and SCORE Race Director Jose A. Grijalva have worked with the government officials and ejidos of the Mexicali and San Felipe areas to develop a memorable SCORE San Felipe 250 race course of 315.2 miles, the longest in the history of this popular desert race.

The 32nd Annual SCORE San Felipe 250 racer brief, course map and GPS files will be available by 8 p.m. PDT this Thursday on the SCORE website on the race page under the Race Info tab.

Motorcycles and quads will leave the start line first in the elapsed-time race, starting at 6:20 a.m. PDT on Saturday. The car, truck and UTV classes will begin their journey at approximately 9:30 a.m. PDT, at least two and one-half hours after the last Sportsman Quad starts.