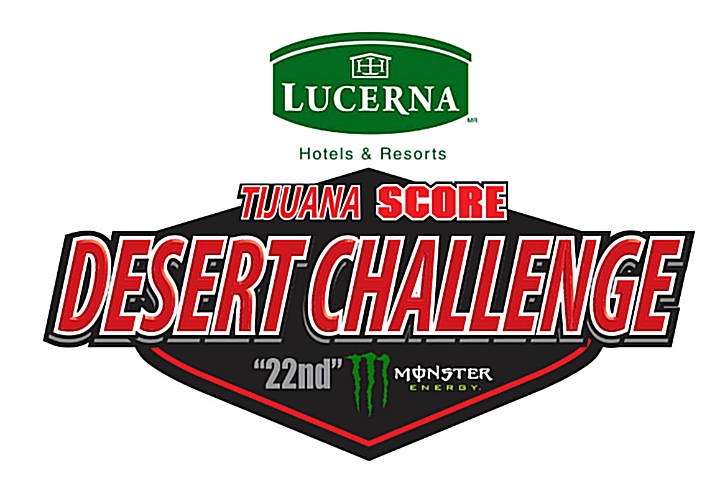 This week in Baja, Mexico

The event is Round 3 of the four-race 2018 SCORE World Desert Championship.

Race-week festivities will be held Thursday and Friday in the Zona Rio area of Tijuana with racing Saturday and Sunday starting and finishing at Rancho Casian on the southeast outskirts of Tijuana.

With entries from 22 U.S. States and six countries, the race features classes for Pro and Sportsman cars, trucks, UTVs, motorcycles and quads.

Having held nearly 160 races in Mexico in the last 44-plus years, this will be just the second time that SCORE has held a race that has both started and finished in Tijuana, the growing metropolis immediately across the border from San Diego in Baja California.

Race headquarters will be the Hotel Lucerna in the heart of the Rio Zona area of Tijuana on Avenida Paseo de los Heroes. Racer registration will be held in the hotel on Thursday from 2 p.m. to 8 p.m. PT and Friday from 9 a.m. to 4 p.m. PT.

Contingency will be held in directly in front of the headquarters hotel on the historic Avenida Paseo de los Heroes from 9 a.m. to 5 p.m. PT on Friday  with tech inspection lasting one hour longer until 6 p.m.

Celebrating its 25th year as the featured SCORE racing division for high-tech, 950 horsepower unlimited trucks, SCORE Trophy Trucks, the post-race awards celebration will be held in the start/finish line area on Sunday, at 5:30 p.m. PT for Group 1 and Group 2 and at 7:30 p.m. PT.

“SCORE welcomes spectators to go to all of its races but consistently encourages safety and caution”, said Juan Tintos Funcke, SCORE Advisor.
“The colorful Contigency day and Manufacturer’s Midway from 9:00 am to 6:00 pm on Friday  in front of Hotel Lucerna on Avenida Paseo de los Herores in the Zona Rio area of Tijuana, will provide a great pre-race family atmosphere to see the incredible desert racing cars, trucks, UTVs, motorcycle and quads and meet many of the famous racers”.
“On race days, spectators are advised that the Boulevard 2000 has heavy traffic at certain times of the day, but that is the principal road in order to reach Rancho Casian from Tijuana or Rosarito Beach. The course map is available on the SCORE website.”
Tintos added that there will be several access points to the race course all of which will have Police presence including the Start/Finish line at Rancho Casian. There will be parking, food vendors and restrooms at that area.
“Extreme caution and awareness is always needed by spectators” Tintos continued. “Any spectators wanting to go inland on the route either from the Start/Finish area, from anywhere on the Boulevard 2000, from the Tecate-Ensenada road or the toll-free highway from Puerto Nuevo-Rosarito Beach, must do so before 6:00 am, because the road will be closed once the racing begins.”
“We can’t emphasize caution enough” said Tintos “All we ask is that spectators respect the danger and view the race from a hill or a distance of 30 meters. Having a large vehicle or hill to use as cover is a very good idea. Never drive or walk on the race course as this puts the spectators and racers in extreme danger and never stand or camp anywhere near the outside of turns or a curve.”