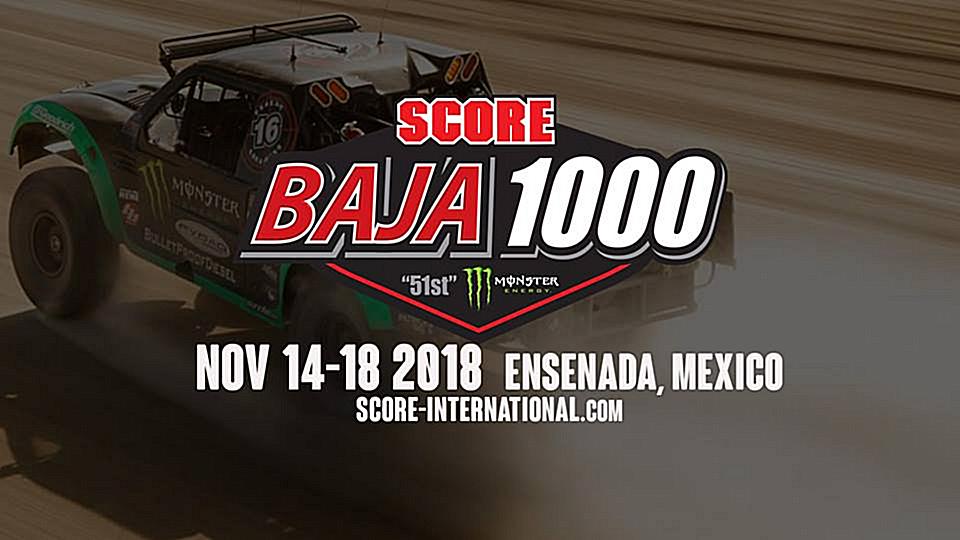 Next week in Ensenada

The event and race-week festivities for the season-finale of the four-race 2018 SCORE World Desert Championship will be held next Monday through Sunday, starting and finishing in Ensenada, Baja California, Mexico.

Over 300 entries, from 41 U.S. States and 20 countries are expected to compete in this year’s 51st anniversary celebration of the SCORE Baja 1000 which is revered worldwide as the Granddaddy of all Desert Races.

Entering next week’s late, on-site racer registration for the 51st SCORE Baja 1000, there are 285 total entries with racers from 41 U.S. States and 18 countries officially signed up to compete. In addition to the United States, the U.S. Territory of Guam and host country Mexico, the other countries with racers entered are Argentina, Australia, Austria, Belgium, Canada, Chile, Costa Rica, England, Finland, France, Germany, Italy, New Zealand, Peru, Spain and Sweden.

Including SCORE Trophy Truck (38), eight total classes have double figures in terms of entries so far. While several other classes have nearly reached at least 10 entries, the other classes with double figure entries to date are: Trophy Truck Spec (30), Pro UTV FI (Forced Induction) (29), Class 10 (19), unlimited Class 1 (14), Pro UTV NA (Naturally Aspirated) (14), SCORE Lites (10), and leading the motorcycle classes with nine entries each are Pro Moto Unlimited, Pro Moto 30 and Pro Moto Ironman and at the top of the Sportsman classes is SPT M/C with 20 entries.