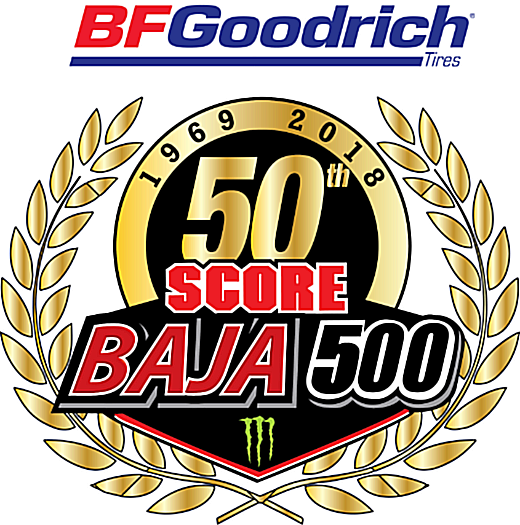 Golden anniversary to be held May 29-June 3 in Ensenada, Baja California, Mexico;

ENSENADA, Baja California, Mexico—Entries from all across the United States and around the world are expected as online registration has opened for the upcoming internationally-televised 50th BFGoodrich Tires SCORE Baja 500. Round 2 of the four-race 2018 SCORE World Desert Championship will be held May 29-June 3 in Mexico’s Baja California, starting and finishing in Ensenada, the seaside port on the Pacific Ocean, 80 miles south of San Diego.

Thursday (May 31) and Friday (June 1) will see the two day-long, pre-race Manufacturer’s Midway and contingency festival in the start finish line area in Ensenada. From 9 a.m. to 5 p.m. each day contingency row will be held for specific classes. Tech inspection on both of those days will be from9 a.m. to 6 p.m. at the end of the manufacturer’s row.