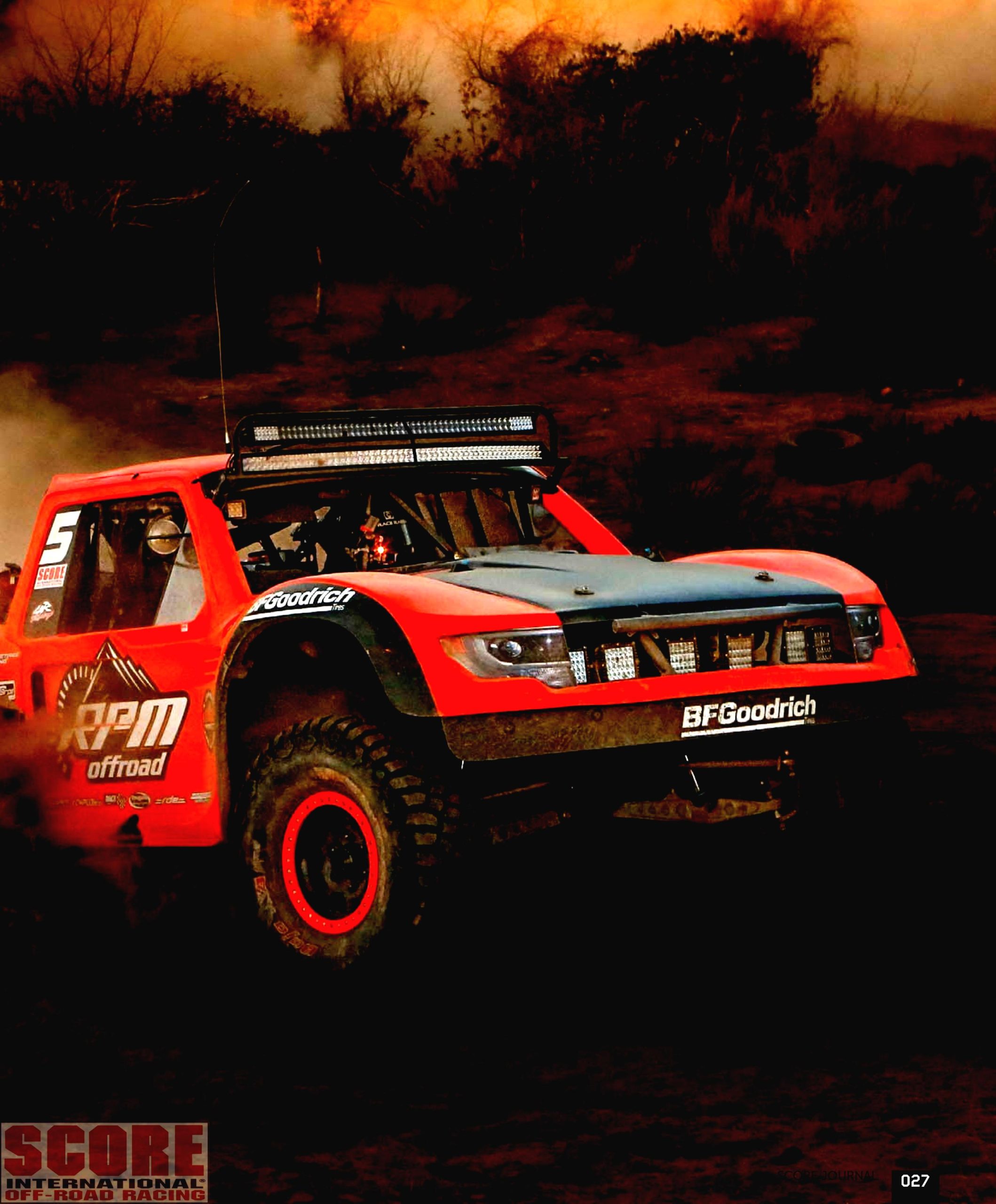 RENO, Nev., USA—Moving from its Springtime date last year, the internationally-televised Rigid Industries SCORE Imperial Valley 250, presented by the City of El Centro, will be held next month as Round 4 of the five-race 2015 SCORE World Desert Championship. Returning to SoCal for the third time in two years, the race will be held Sept. 24-27 just west of El Centro, Calif. and approximately 100 miles east of San Diego.

Presented by the City of El Centro, the race will be held near Plaster City partially on 41,000 dedicated acres in an off-highway vehicle use area under the jurisdiction of the El Centro field office of the Bureau of Land Management. The area for the race is also located immediately west of the Naval Air Facility El Centro and is approximately 17 miles west of El Centro off of Interstate 8 (I-8).

“Without the amazing assistance from the City of El Centro, the area business community as well as the dedicated SCORE Imperial Valley 250 race committee of over 50 community leaders, SCORE would not be holding this event, simple as that,” commented Roger Norman, CEO/President of SCORE International which is headquartered in Reno, Nev. “In this sport, there are few major desert races held in OHV areas primarily because of safety concerns.”

“El Centro and the SCORE Race Committee with invaluable assistance from the Imperial Valley sheriff and police departments have once again collectively developed an event plan that is compatible with the directives of the BLM. We know that the economic impact of the Rigid Industries SCORE Imperial Valley 250 for the area compares favorably with the most successful events held in the area.”

“We want to especially recognize the dream and vision of former SCORE Trophy Truck racer and Terrible’s Cup champion Marty Coyne (El Centro businessman) and the passion and determination of Jeff Sturdevant, chairman of the SCORE Race Committee. Marty has also provided the event the use of his complex in the heart of the race course for our start/finish line area.”

The SCORE World Desert Championship series features Pro and Sportsman classes for cars, trucks, UTVs, motorcycles and quads with the best desert racers in the world competing in elapsed-times races with staggered starts. Nearly 150 entries from 20 U.S. States and five countries are expected for this race. The classes will again be split into two groups for the Rigid Industries SCORE Imperial Valley 250 presented by the City of El Centro.

The Motorcycle, quad and a few of the slower car/truck/UTV classes will start at 5:30 a.m. onSaturday, Sept. 26 with the featured SCORE Trophy Truck, unlimited Class 1 and other remaining car and truck classes starting at 3 p.m.

While the race course will be closed to spectators because of safety requirements for this massive desert race, a second designated spectator area will be located parallel to a five-mile section of the race course along the south side Evan Hewes Highway (County Hwy S-80). The BLM has advised SCORE that this section on the south side of Evan Hewes Highway will be open for camping during the race.

This second spectator area will also be adjacent to the secondary pits for the race. Along with the start/finish line area off of Wheeler Road, these are the only two spectator areas and both will be overseen as will the rest of the race course by the BLM and local and county police agencies to help insure the safety of everyone involved.

A live drawing will be held for starting positions, by class, on Thursday, Sept. 24, at 8 p.m. PT. It will be streamed live through the SCORE website.

Not open to the public, activities for one of the largest spectator events held in Imperial Valley will begin with two, one-lap, controlled-speed reconnaissance runs for official entries in the event, one on Wednesday afternoon, Sept. 23 and the other Thursday morning, Sept. 24.

Starting Thursday, pre and post-race activities for the Rigid Industries SCORE Imperial Valley 250 presented by the City of El Centro will be held in and around the Imperial Valley Mall at 3451 South Dogwood Avenue in El Centro.

The colorful SCORE manufacturer’s midway, contingency and safety inspection of all vehicles in the race will be held in the East parking area of the Imperial Valley Mall from 5 p.m. until 9 p.m. on Thursday, Sept. 24 and from 8 a.m. to 1 p.m. on Friday, Sept. 25.

On Friday evening, Sept. 25, the Imperial Valley Mall will be the site of safety meetings for several different groups involved with the race and the mandatory racer’s meeting will be held at 7 p.m.

The post-race awards celebration, also open to the public, will be held on Sunday, Sept. 27 at 9 a.m.at the Coyne Powersports Motorplex.

At the very top of the priority list for this event has been safety for the racers as well as the spectators and the nearly 200 course workers.  Starting Tuesday (Sept. 22) the entire area of the race course will be closed to the public by enforcement of the BLM permit for the event.

Race officials have developed the two primary spectator areas both with tremendous site lines of the race course and with ultimate safety in mind. With the added assistance from the area police agencies, race officials are creating a family-friendly spectator environment as well.

To assist the crowd of several thousand expected to attend the race, the SCORE Race Committee has its own website at www.IV250.com with race fans in mind.

The event website also has a reminder list for spectators of the do’s and don’ts for watching the race.

With viewers in over 100 countries, SCORE will present live internet streaming from the event from pre-green to post-checker on its website. Coverage will include live start and finish line interviews as well as live coverage from the many ancillary events tied to the race.  On race day, live satellite tracking of all vehicles in the race will also be broadcast through the SCORE International website.

CBS Sports Network is available across the country through local cable, video and telco providers and via satellite on DirecTV Channel 221 and Dish Network Channel 158. For more information, including a full programming schedule and how to get CBS Sports Network, go towww.cbssportsnetwork.com.

Issue No. 6 of the SCORE Journal, the new monthly on-line digital magazine of SCORE International and the five-race SCORE World Desert Championship, is live on the SCORE website atwww.SCORE-International.com and is available through SCORE social media channels as well as a direct link at http://scorejournal.digital.