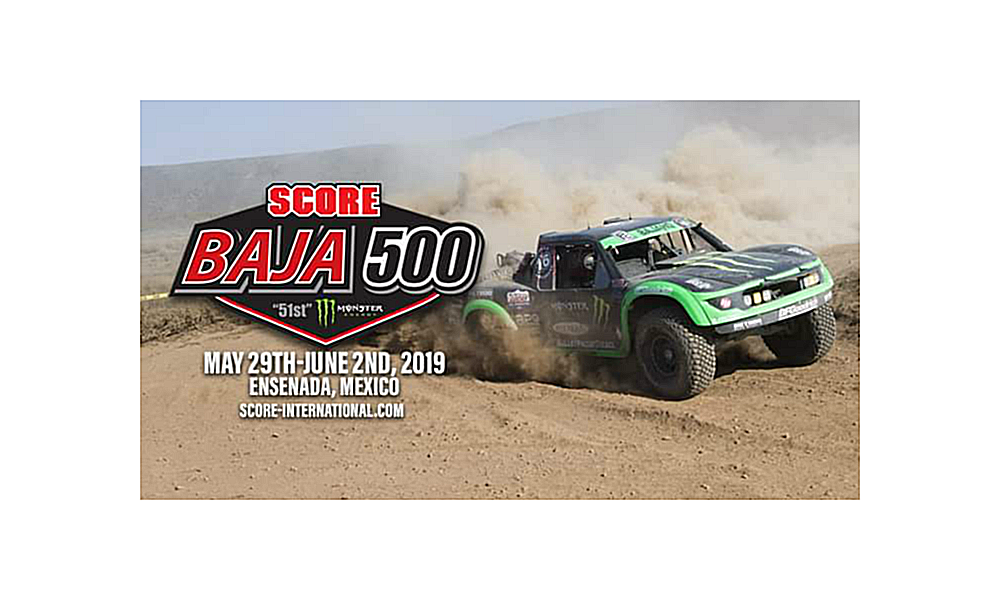 Round 2 of four-race 2019 SCORE World Desert Championship
to be televised on ABC World of X Games;
Contingency, start/finish to be held for the first time
t Estero Beach Resort; May 29 to June 2;
Racer registration, event info available at
http://score-international.com/raceinfo/2019-baja-500/