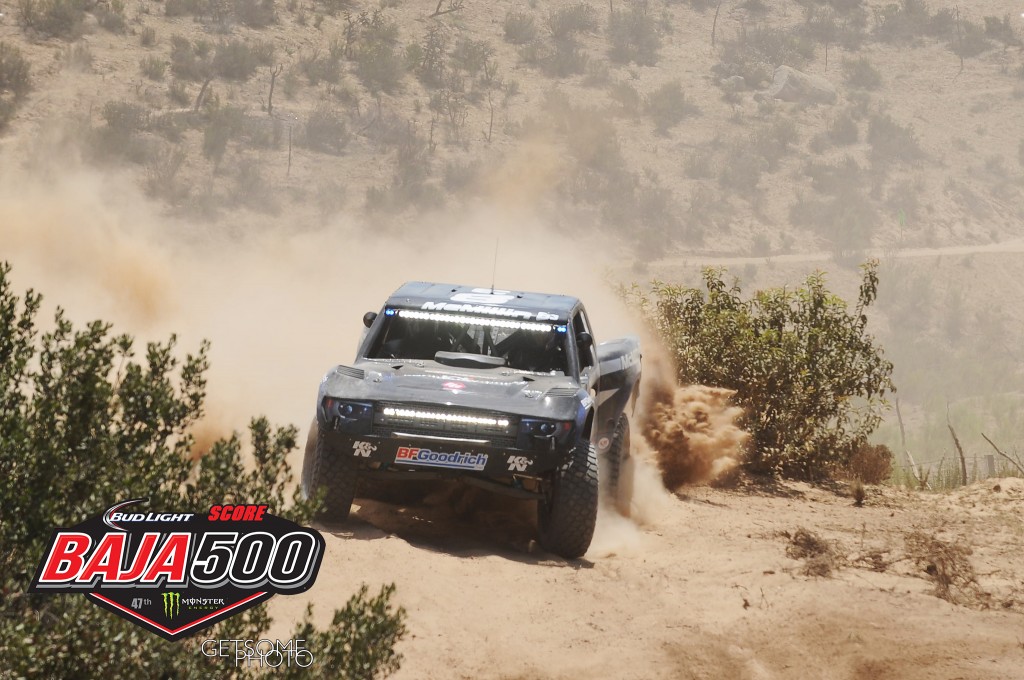 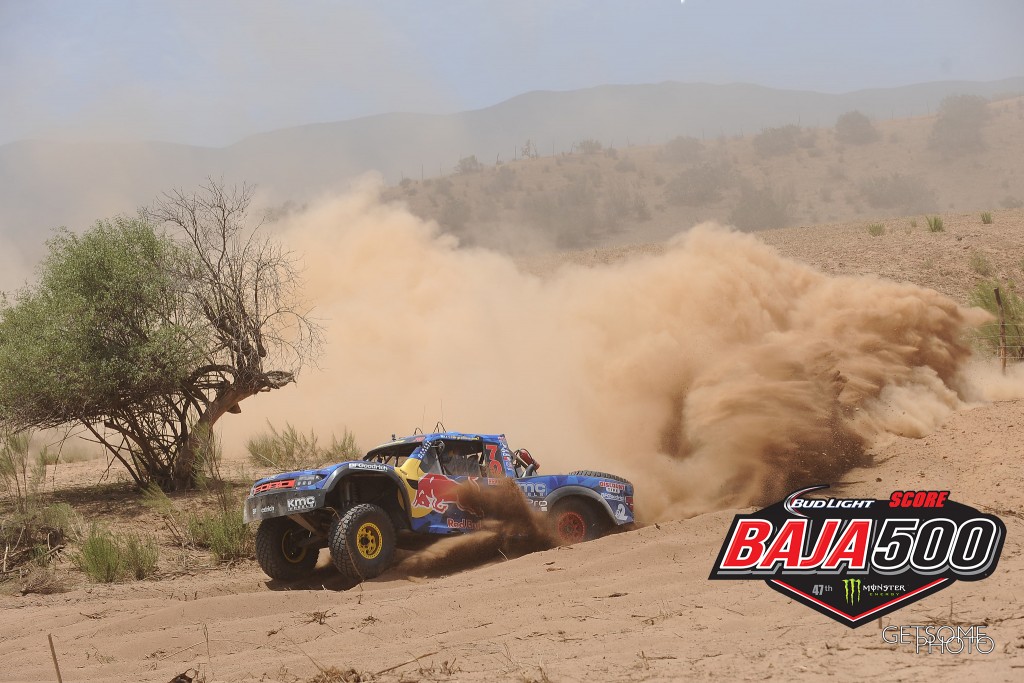 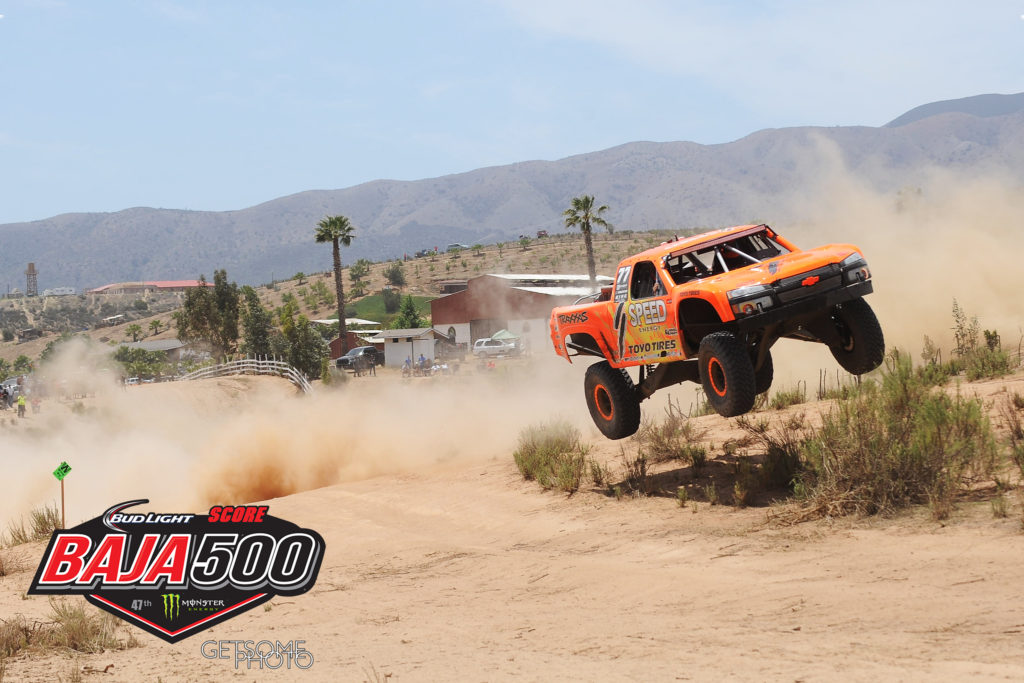 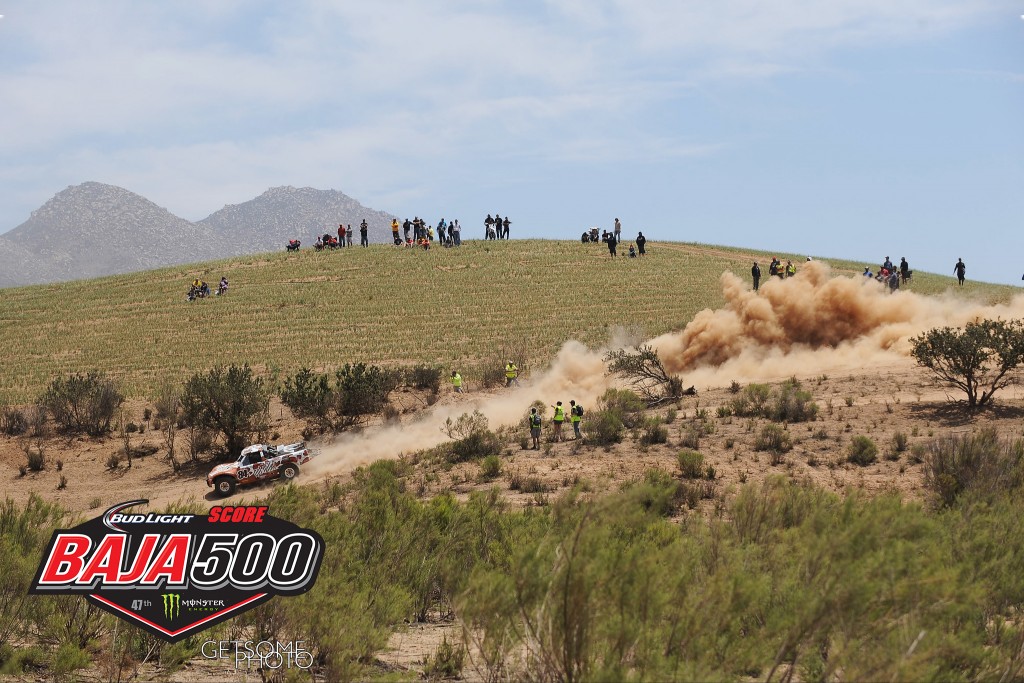 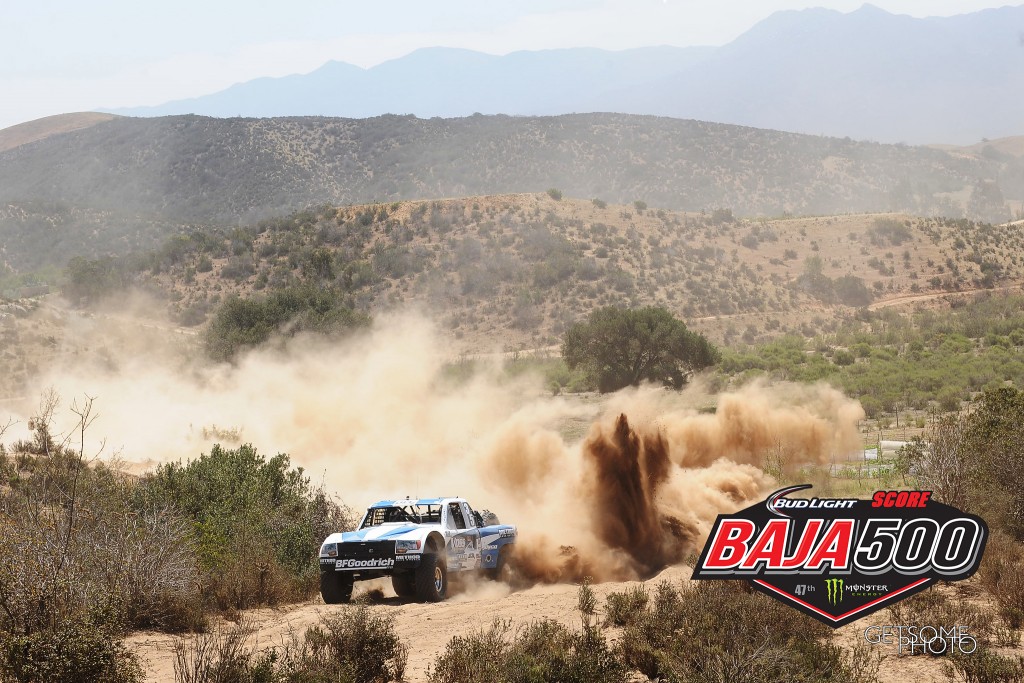 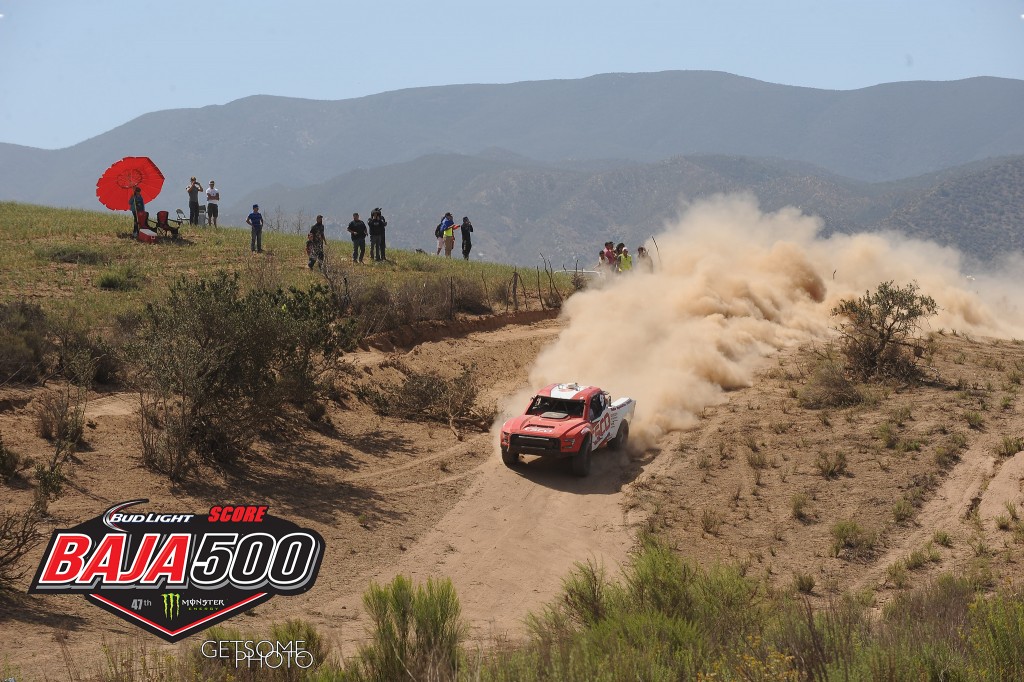 ENSENADA, Mexico—Racing with the discipline and patience of a much older and more experienced desert racer, 20-year old Carlos Lopez of Tecate, Mexico, blazed past a field that included the world’s best desert racers to capture the overall and SCORE Trophy Truck victory Saturday at the 47th Bud Light SCORE Baja 500 desert race. Round three of the five-race 2015 SCORE World Desert Championship started and finished in Ensenada, Baja California, Mexico, the seaside port on the Pacific Ocean, 85 miles south of San Diego.
The start/finish line for the race was once again adjacent to the Riviera del Pacifico Cultural Center on Blvd. Costero in the heart of Ensenada.
After qualifying in the fifth starting position in the elapsed-time race, Lopez stayed the course against the heavyweights of the sports like Robby Gordon, Rob MacCachren, Gus Vildosola Jr, Bryce Menzies and fellow SCORE young gun Luke McMillin to take the lead three-fourths of the way through the grueling 510.58-mile race. Lopez powered his way to the finish line with a time of 8 hours, 48 minutes and 38 seconds, averaging 57.95 miles per hour in the No. 5 RPM Racing Chevy Rally Truck over the colorful course around the northern part of Mexico’s majestic Baja California peninsula.
For the youthful Lopez, it was his first career SCORE race win as well as first in the featured SCORE Trophy Truck division for high-tech, 850-horsepower unlimited production trucks. He defeated a talented field of 210 starters, including 30 SCORE Trophy Trucks, from 26 U.S. States, and 10 countries competing in Pro and Sportsman classes for cars, trucks, UTVs, motorcycles and quads.
Lopez, a second-generation desert racer, drives for the powerful RPM Racing team, based in Bristol, Tenn., which has now won two SCORE races in a row following Eduardo Laguna’s overall and SCORE Trophy Truck victory in April’s inaugural Baja Sur 500 from Cabo San Lucas to Loreto. The duo entered the race second and third in the 2015 SCORE season point standings.