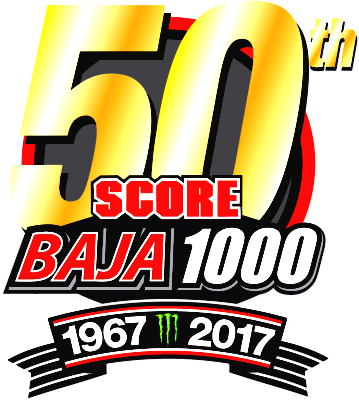 For November’s Golden anniversary of the SCORE Baja 1000

Internationally televised point-to-point race to be held in Mexico, Nov. 14-18, ENSENADA, Baja California, Mexico—Hoping to showcase some of the rich legacy of the world’s oldest, longest and continuously held desert race, SCORE International has introduced two vintage car/truck racing classes for the Golden anniversary of the legendary SCORE Baja 1000.This year’s iconic event will be a point-to-point race Nov. 14-18, starting in Ensenada, Baja California, Mexico and finishing in La Paz, Baja California Sur.

The two special classes will be based on the year they were originally manufactured. One vintage class will be for vehicles made from 1983 to 1992 and the other for those cars and trucks made 1982 and earlier. These vintage racing divisions will compete for the first time in a SCORE race. Plans call for modified sections of the total SCORE Baja 1000 race distance to assist these vintage classes in their quest to reach La Paz.

“The enthusiasm for these categories from the participating teams was the driving factor in the creation of these classes to allow them a venue to once again relive their former glory by participating in this globally known race event”, stated Roger Norman, SCORE CEO/President.

Entries from 40 U.S. States and over 30 nations are expected to be part of this celebration of the Granddaddy of All Desert Races.

“These desert race cars and trucks were the building blocks from the earlier competition years that have contributed greatly in making the SCORE Baja 1000 reach this historic 50th Anniversary landmark race season,” commented Jim Ryan, SCORE Sales and Marketing Director.

Details on specifications for each vintage class, and preliminary SCORE Baja 1000 event schedule will be released after the SCORE Baja 500 in June. Map of modified vintage course route will also be available when the complete SCORE Baja 1000 course map is released.