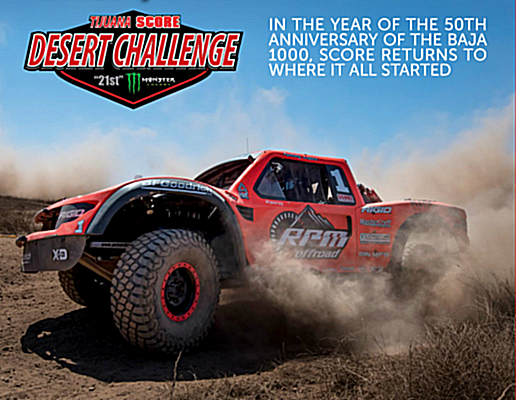 With just three months remaining before the historic 50th anniversary race of the iconic SCORE Baja 1000,several spotlight features shine brightly in the current issue but none brighter the preview of SCORE’s third ever visit to Tijuana, Baja California, Mexico for a series race and the first time since 1995. It is also the first time a SCORE race has started and finished in Tijuana.

There is also an in-depth feature on the recent SCORE/Stand 21 Safety Foundation Conference and beach bash plus up close features in text, photos and videos of three SCORE Baja 1000 legends in Malcolm Smith, Bud Feldkamp and Bobby Ferro. 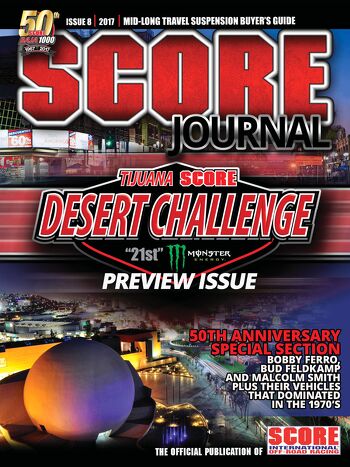 “We are excited to review Tijuana, the city that started it all as the starting point for the first SCORE Baja 1000 in 1967,” commented Jim Ryan, SCORE Marketing and Sales Director and publisher of the SCORE Journal. “Our eighth digital issue of 2017 also includes a remarkable interviews, photos and video with three SCORE Baja 1000 legends—Dr. Bud Feldkamp, Bobby Ferro and Malcolm Smith.”

Vol. 3, No. 8 of the SCORE Journal is once again filled with numerous interesting worth-reading stories and news items.

SCORE News includes an update on the No. 1 SCORE News showcases the SCORE Baja 1000 winning for the second time, the USA Today reader’s choice award!

There is also a link to writer Jim Clash’s experiences in a story in Forbes magazine on a Baja peninsula run with Wide Open Baja.

With eight overall SCORE Baja 1000 race wins between them, the expanded features on Dr. Feldkamp, Ferro and Smith are well worth spending time enjoy the detailed interviews, photos and videos.

Another feature reviews how Polaris UTV pushes performance to the extreme with the 2018 RZR performance line.

There is also a colorful and thorough visitor’s guide for Tijuana, host of next month’s Tijuana SCORE Desert Challenge.

From award-winning documentary filmmaker Dana Brown, Dust2Glory has chronicled each of the four races in the 2016 SCORE World Desert Championship. Brown’s original Dusty to Glory, released in 2005, became an iconic classic showcasing the legendary SCORE Baja 1000. D2G, which began shooting at the 2015 SCORE Baja 1000, continued up close and personal coverage capturing the robust racers in their amazing adventures in Mexico’s majestic Baja California peninsula through all four spectacular 2016 races. Dust2Glory is scheduled for release later this year.