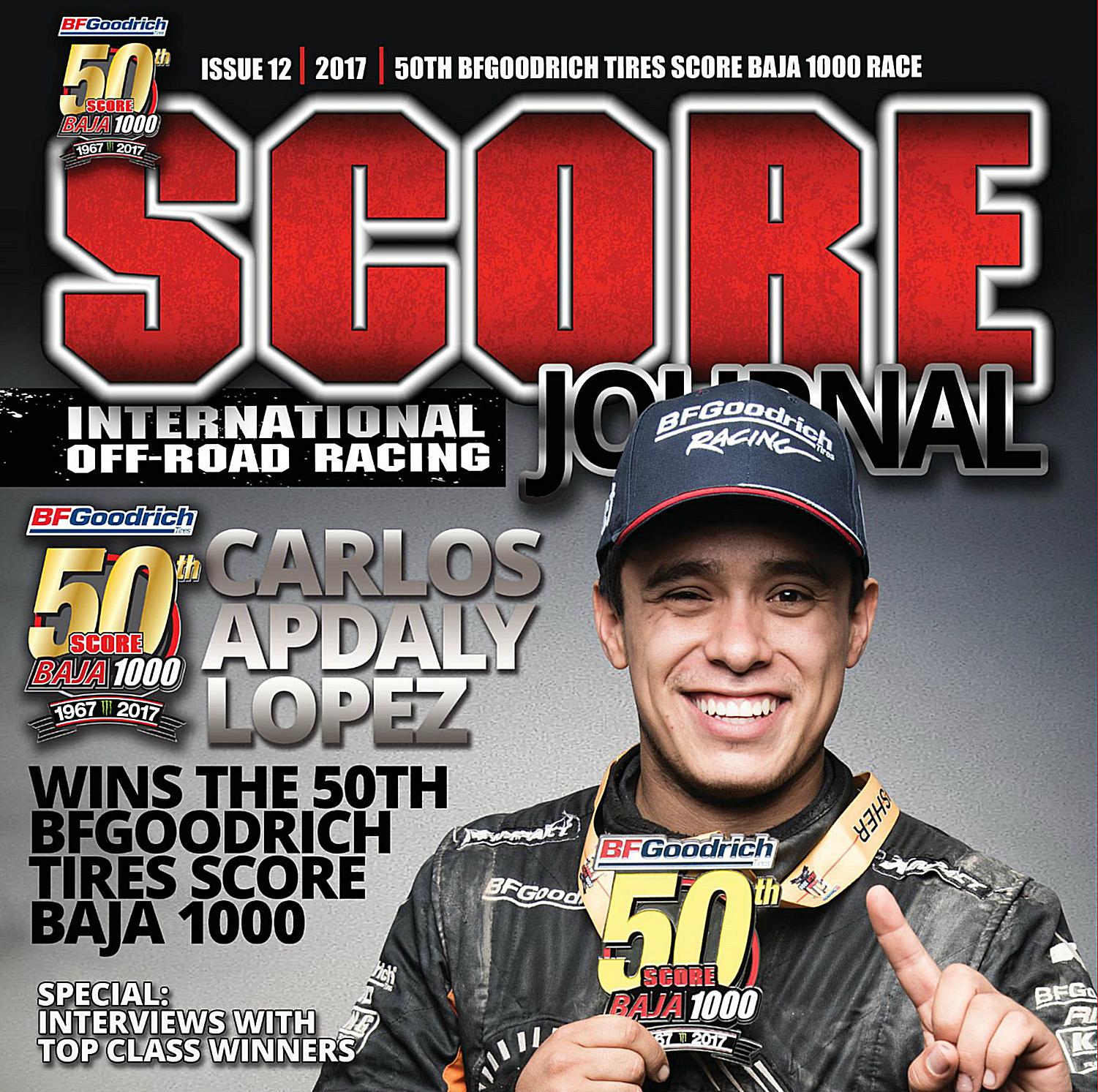 This issue also includes spotlight features that shine brightly in the current issue but none brighter than the feature stories on father/son overall winners of the 50th BFGoodrich Tires SCORE Baja 1000—Carlos ‘Apdaly’ Lopez and his father Juan C. Lopez and legendary racer Rod Hall who has now raced in all 50 SCORE Baja 1000 years old in his 80 years on earth. There is also a great feature interview with Hall of Fame icon Sal Fish who developed SCORE International into the World’s Foremost Desert Racing Organization in his 38 years as owner of SCORE. Fish was the Grandest Grand Marshall for the 50th anniversary of the iconic race. 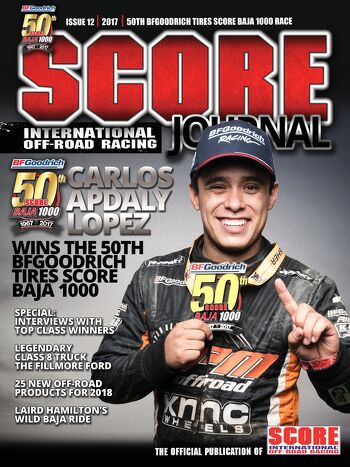 “This issue of the SCORE Journal is a celebration of much of what was part of the historic 50th annual BFGoodrich Tires SCORE Baja 1000, commented Jim Ryan, SCORE Marketing and Sales Director and publisher of the SCORE Journal. “Our SCORE Journal team has done an extremely admirable job of capturing in text, images and video many, many things, peoples and places that were part of this year’s massive Granddaddy of all Desert Races.”

Vol. 3, No. 12 of the SCORE Journal is once again filled with numerous interesting worth-reading stories, exciting videos and several news items.

This issue also has a very special exclusive feature on the father and son team that captured the race for the ages—Carlos ‘Apdaly’ Lopez and his father Juan C. Lopez.

Capturing much of the celebratory activities surrounding the race are pictorials. The  City of Ensenada honored 50 years of desert racing by unveiling the historic Off-Road Walk of Fame that perpetuates the overall winners of the Baja 1000 with special markers in the sidewalk adjacent to the Riviera del Pacifico Cultural Center. Also displayed in this issue are the new two-days of the popular SCORE pre-race contingency, tech and Manufacturer’s Midway .

SCORE sponsor BFGoodrich Tires made special presentations to racers Rob MacCachren and Rod Hall for their achievements in the SCORE Baja 1000.

Nearly all classes competing in the race are covered in text and images with multiple embedded videos of class winners and class podium finishers.

There is also a look at the SCORE Trophy Truck warriors who were DNFs in the race and how the competition and the rugged course dealt blows to many class point leaders.

In particular there is a story on Cody Reid and his ‘dream team’ of drivers winning Class 10 with a near-perfect racing performance.

Also spotlighted are the victories by Francisco  Arredondo and his team in Pro Motos and features on Pro UTV overall winner Brandon Schueler and his Team Polaris along with Kristen Matlock, the queen of ‘ironwoman’ UTV racing.

In another feature, surfing pioneer and legend Laird Hamilton shares his thoughts and perspective on competing in the world’s most iconic desert race in the Pro UTV class.

The Off-Road Marketplace in this issues shines brightly on 25 new off-road products for 2018 from November’s SEMA Show in Las Vegas.

The four-race 2017 SCORE World Desert Championship in Baja California, Mexico along with the SEMA SCORE Baja 1000 Experience and the SCORE Baja 1000 Qualifying in Las Vegas have all been airing on El Rey Network in the United States. International distribution is by way of syndication. The season-ending 50th BFGoodrich Tires SCORE Baja 1000 will have a two-hour show produced while the other race shows were each one-hour telecasts. The Las Vegas event will air at 2 p.m. PT on Monday, Jan. 1, 2018 and the race show will air at 2 p.m. PT on Sunday, Jan. 14, 2018.