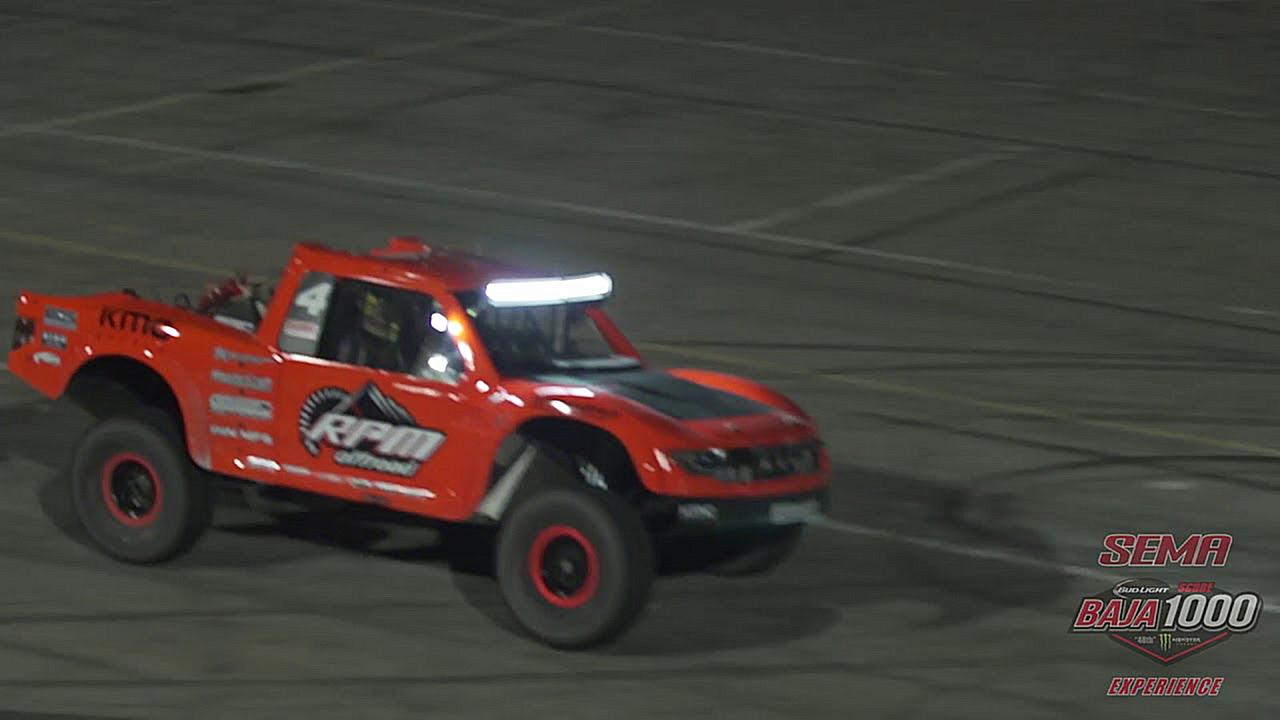 ENSENADA, Baja California, Mexico — Now live online, showcased extensively in Vol. 3, No. 11 of the acclaimed SCORE Journal is the SEMA SCORE Baja 1000 Experience at the Las Vegas Convention Center as well as the SCORE Baja 1000 Qualifying at the Off-Road Track at Las Vegas Motor Speedway. Both events were presented by long-time SCORE sponsor BFGoodrich Tires.

This issue also includes spotlight features that shine brightly in the current issue but none brighter than the feature stories on legendary SCORE desert racers Ivan Stewart and Walker Evans along with current rookie phenom Broc Dickerson.

“This issue of the SCORE Journal that falls between our preview and post-race coverage issues of the historic 50th annual BFGoodrich Tires SCORE Baja 1000 and sets the stage well for what is to come in December” commented Jim Ryan, SCORE Marketing and Sales Director and publisher of the SCORE Journal. “We also have two more of our special features with off-road hall of fame racers as well as a look at a super-talented 16-year old rookie who is making his presence felt in the SCORE World Desert Championship in a big way.”

Vol. 3, No. 11 of the SCORE Journal is once again filled with numerous interesting worth-reading stories, exciting videos and several news items. 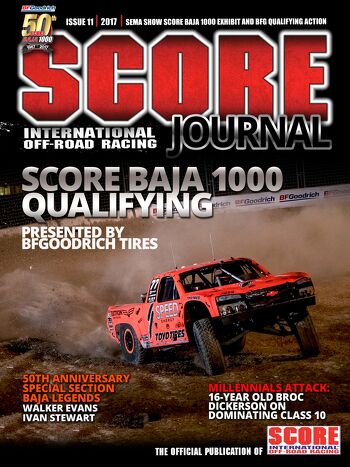 This edition includes a massive feature on all the events that occurred in Las Vegas prior to the 50th BFGoodrich Tires SCORE Baja 1000.

This issue also has very special exclusive features on two of the all-time legends of the sport in Ivan ‘Ironman’ Stewart and Walker Evans who share their special memories of the iconic SCORE Baja 1000.

Both are detailed looks at their manufacturing shops.

RACELINE CEO/President Bruce Higginson discusses many topics including their strong motorsports background and their plans to beat the toughest environment on earth, Mexico’s Baja California Peninsula through the SCORE World Desert Championship.

SCORE News includes a reminder that the epic Dust 2 Glory action sports documentary will have a one-night, one-showing premiere in 400 cinemas across the U.S. with ticket info available at https://www.fathomevents.com/events/dust-2-glory.

Tickets for the special, one-night Dec. 6 nationwide premiere are on sale now. For information regarding tickets and theater locations, visit https://www.fathomevents.com/events/dust-2-glory.