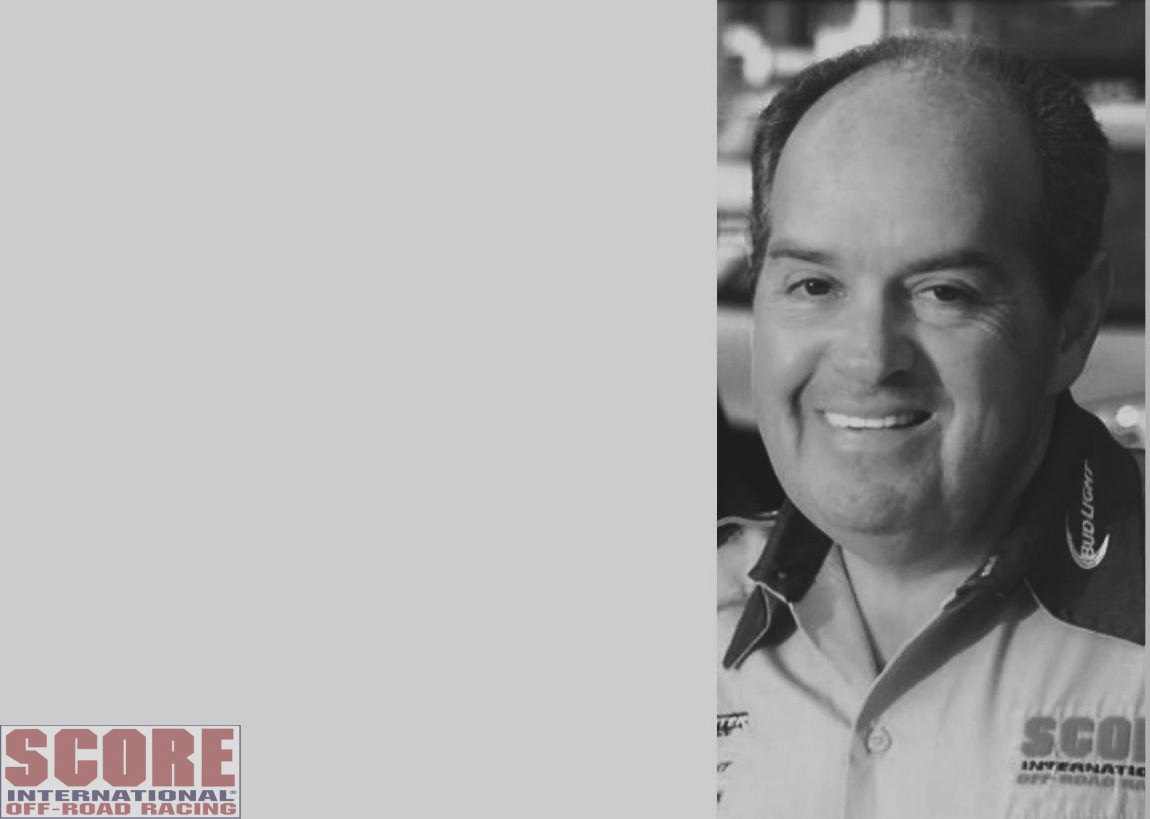 RENO, Nev. – Undergoing rounds of aggressive chemotherapy treatments since early May, long-time SCORE Mexican Liaison Oscar Ramos Jassen, 52, of Tijuana, Mexico, died Thursday following the second day of his fourth round of chemo sessions, SCORE International announced.
Ramos was originally diagnosed with esophageal cancer in late April with a large tumor in his stomach area. He had been receiving testing and treatment at the Instituto Nacional de Cancerologia in Mexico City prior to his death on Thursday late afternoon.
It was reported by his family that Ramos returned to the home where he was living in Mexico City between chemo sessions Thursday afternoon and he suffered a severe drop in blood pressure and was transported to the hospital where he was pronounced dead. His memorial service was held Friday evening in Mexico City.
“We are all in a complete state of shock this is so unbelievable for us because we thought he was truly on the road to full recovery,” jointly commented SCORE owners Roger and Elise Norman. “Oscar and his doctors said prior to the start of this final round of chemo that he was really responding well to treatment, the tumor was shrinking and tests indicated that the cancer had not spread. We were with him for three days July 8-10 at the FIA Sports Convention in Mexico City and he looked good, said he felt good and was looking forward to the final round of chemo, the series of radiation shots that would follow and his surgery that was tentatively scheduled for mid to late September.”
“We really don’t know what happened to Oscar other than the Good Lord said it was time for him to be done on this earth. What we do know is that for two decades he was a dedicated, committed, creative and loyal SCORE key executive and more importantly he was a wonderful husband, loving father and gracious friend. Oscar was also a great leader and he was amazingly adept at delegating his responsibilities. This is yet another testament to him as to how well the SCORE staff stepped up in his absence during last month’s SCORE Baja 500 and produced another memorable SCORE Baja race.”
“Oscar never met a stranger he would not help, as well as many others along the way. Right now, with his wife Maritza, his son Oscar Jr and the rest of his family and extended family, our hearts grieve almost beyond control.”
“Oscar Ramos will never be forgotten and we are developing a program to help perpetuate his memory as the healing process begins. We are overwhelmed with sorrow and just pause and remember his wonderful spirit and the impact he has had on all of our lives.”
Born on September 20, 1962 in Mexico City, Ramos graduated from Universidad Ibero Americana, prestigious private Catholic university under the guidance and supervision of the Jesuit order of priests in 1987.
Licensed to practice law in Mexico and the United States, Ramos opened his practice in Tijuana in 1991 where his firm worked on corporate and business law.
Ramos was originally hired as a consultant by SCORE in 1996 by Sal Fish, who was part of SCORE for 39 years until he sold his company to Roger and Elise Norman on Dec. 20, 2012.
Reacting on the passing of Ramos, former SCORE owner Fish stated, “It is very hard to think that Oscar is gone and that he will no longer be a part of SCORE. I was blessed to lead SCORE for almost 40 years, but if I was the head for all those years, the last half of my tenure was made so much more pleasurable with Oscar as my very capable right hand man. Oscar was a dear friend for many years and he made my final years with SCORE so much more enjoyable. I thank God for the privilege of knowing and working with Oscar and for spending memorable times as well with Maritza and Oscar Jr.”
“With all the wonderful things that Oscar did in helping maintain the solid position that SCORE has in Mexico, one of the things I will always remember will be the time about five years ago when just he and I went on a three-week driving tour around Mexico’s beautiful Yucatan Peninsula. I cherish the time we spent together and I salute his memory and all that he did to help SCORE, the racers, the media and the fans of Mexico for over 20 years.”
Ramos worked diligently at the inaugural SCORE Baja Sur 500 race in the state of Baja Sur in mid-April and was hospitalized several days after the race in Tijuana when the symptoms of his condition became apparent.

SCORE, with headquarters in Reno, Nev., produces the internationally televised five-race SCORE World Desert Championship, and also stated it will announce details for a memorial tribute for Ramos in the next few days on its website at www.score-international.com.