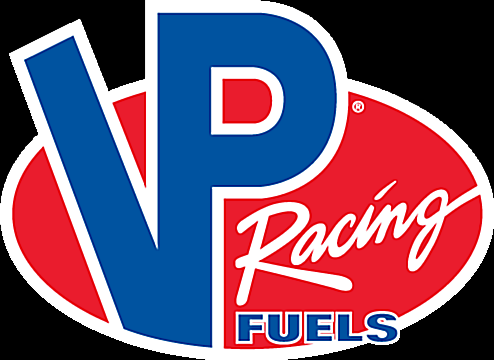 As the four-race 2018 SCORE World Desert Championship prepares to launch in the first week of April in San Felipe, Baja California, Mexico, SCORE officials are excited to have the Texas-based company as part of the official SCORE family of sponsors.

“SCORE is especially enthusiastic about this spectacular opportunity for the SCORE World Desert Championship and our SCORE racers,” commented Jim Ryan, SCORE Sales and Marketing Director. “VP Racing Fuels is a world leader in its industry in addition to their multi-year association with SCORE. We are honored to have them as a member of our SCORE family of sponsors. Offering high-quality products and great customer service, VP will be offering specials to our racers that will be added incentive to use their race proven products.”

VP Racing Fuels, founded by former racer Steve Burns in 1974 in Texas, is now recognized as a world leader in race fuel technology, with a catalog of more than 70 fuel blends and a growing roster of VP-fueled champions across the entire spectrum of motorsports.

“VP Racing Fuels is excited to be partnering with SCORE International as the Official Fuel of the SCORE World Desert Championship,” said Bruce Hendel, Vice President, North American Sales for Race Fuel and Consumer Products. “At VP, we have a track record of fueling champions in all forms of motorsports. VP Racing Fuels is trusted by many of the top engine builders in off-road racing. We are looking forward to our increased level of support of SCORE and its racers.”

VP’s reputation for product quality, along with superior service and technical support, helped secure its position as the Official Racing Fuel of the WeatherTech United SportsCar Championship as well as sponsor of 60+ other series and sanctioning bodies, including AMA Supercross, World of Outlaws Sprint Cars and Late Models, Trans Am, NMRA, NMCA, PDRA and Rally America among many others.

From a single location in San Antonio, Texas, VP has grown to four company owned and operated racing fuel distribution points in Texas, Indiana, Georgia and Delaware, as well as a regional sales office in southern California. More information regarding the company is available online at VPRacingFuels.com.

Continuing another decade of excellence, racer registration is underway for the 32nd Annual SCORE San Felipe 250 in Baja California, Mexico.

The season-opening event of the four-race internationally-televised 2018 SCORE World Desert Championship will be held April 4-8 in San Felipe, the peaceful fishing village on the Sea of Cortez, 125 miles south of the U.S. Border at Calexico, Calif. All four 2018 races will be held on Mexico’s magnificent Baja California peninsula for the third consecutive year.
Celebrating the 32nd anniversary of the youngest of the three legendary SCORE Baja races, sometimes referred to as the SCORE ‘baby Baja’, entries are being accepted on the SCORE website under Race Info at www.SCOREInternational.com for Pro and Sportsman entries for cars, trucks, UTVs, motorcycles and quads.

Pre-race festivities will be held in San Felipe on April 4, 5 and 6 with race days on April 7-8, concluding with the post-race awards fiesta at 10 a.m. PT on April 8.

Under the supervision and direction of SCORE CEO/President Roger Norman, SCORE Race Director Jose A. Grijalva and SCORE Tech Director Dan Cornwell with editing and updating by SCORE Ops personnel Lawton Shank and Christine Wait, the 2018 SCORE Rule Book had been updated along with the 2018 Rule Book Addendum and is now online.