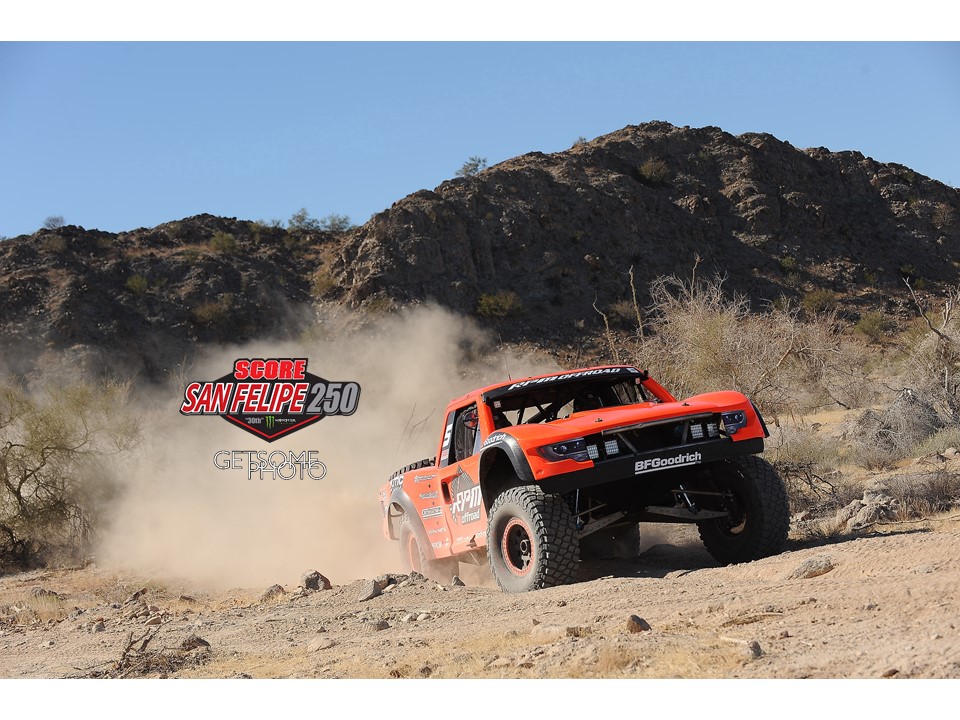 all trying for repeat at 31st SCORE San Felipe 250

ENSENADA, Mexico – As the number of entries continue to escalate reflecting the lasting popularity of the event, 11 defending class winners will be looking to repeat in next week’s season-opening 31st annual SCORE San Felipe 250 desert race in Baja California, Mexico.

Entries to date from 25 U.S. States, host Mexico, Australia, Austria, Canada, Egypt, Germany and Guatemala are preparing for the popular season-opener of the four-race internationally-televised 2017 SCORE World Desert Championship. The event will be held next Wednesday to Sunday in San Felipe, the quaint fishing village on the Sea of Cortez, 125 miles south of the U.S. Border at Calexico, Calif.

Classes are offered in Pro and Sportsman divisions for cars, trucks, UTVs, motorcycles and quads.

Mark Samuels, Yucca Valley, Calif., was co-rider for the now-injured Colton Udall who went undefeated in 2016 in Pro Moto Unlimited.

While online racer registration continues until Sunday through the SCORE website, pre-running opened last Saturday on the magnificent 271.9-mile race course. Late, on-site registration will be held next Wednesday through Friday in San Felipe.

Pre-race festivities for this popular ‘Spring Break’ race will be held in San Felipe next Wednesday, Thursday and Friday with race day next Saturday concluding with the post-race awards fiesta next Sunday morning on the Malecon.

The Monster Energy SCORE Kickoff Welcome Party will be held from 6 p.m. to 11 p.m. PDT next Thursday (March 30) at the Hotel El Cortez.

While qualifying is optional, 44 of the 58 total entries in the three classes, including 24 of 26 in SCORE Trophy Truck, have committed to qualify for their starting positions. The non-qualifiers in each class will start after all the qualifiers in their respective classes in the order they were drawn in the start drawn held on March 16 for all of the remaining classes.

To date, the featured SCORE Trophy Truck division has the most entries with 26 followed by Trophy Truck Spec with 18 entries, Class 10 with 15 entries, unlimited Class 1 and Pro UTV FI with 14 each and SCORE Lites with 13.

SCORE has long had popular age group motorcycle classes for riders over 30, 40, 50 and 60 years old and over but this is the first class it has developed for four-wheel vehicles.

Schedule of Events (All Times are Pacific Daylight Time)

TIME LIMIT: All classes have 13.5 hours from time each vehicle starts to complete the course