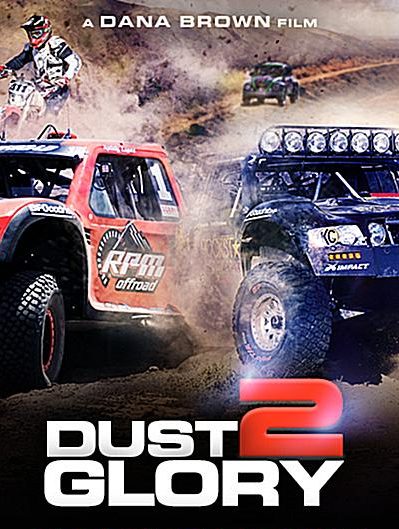 Tickets on sale for January Mexico Premiere in select Cinepolis

ENSENADA, Baja California, Mexico — Shot entirely in Baja California, Mexico, tickets are now on sale for the premiere in Mexico of Dana Brown’s long-awaited ‘Dust 2 Glory,’ the dynamic motorsports action documentary that was over 18 months in the making. Nearly 30 select Cinepolis theaters in Mexico will be showing the movie during the window of January 16-18. Some theaters will show it multiple times, others over all three days and some just once.

The dates – January 16, 17 and 18 – will vary by theater/city.  Some theaters will show it just once during one of these days, some may show it once on two or three of the days, and some may show it multiple times per day.  The website link below shows available days/times by theater.

The version that will be shown in Mexico will be the same released in the United States on Wednesday and will have Spanish sub-titles on the screen.

Among the Cinepolis locations in Baja California, Mexico that will be showing ‘Dust 2 Glory’ are in Tijuana, Tecate, Mexicali, Rosarito Beach, Ensenada, La Paz and San Jose del Cabo. Some cities will have two theaters showing the film.