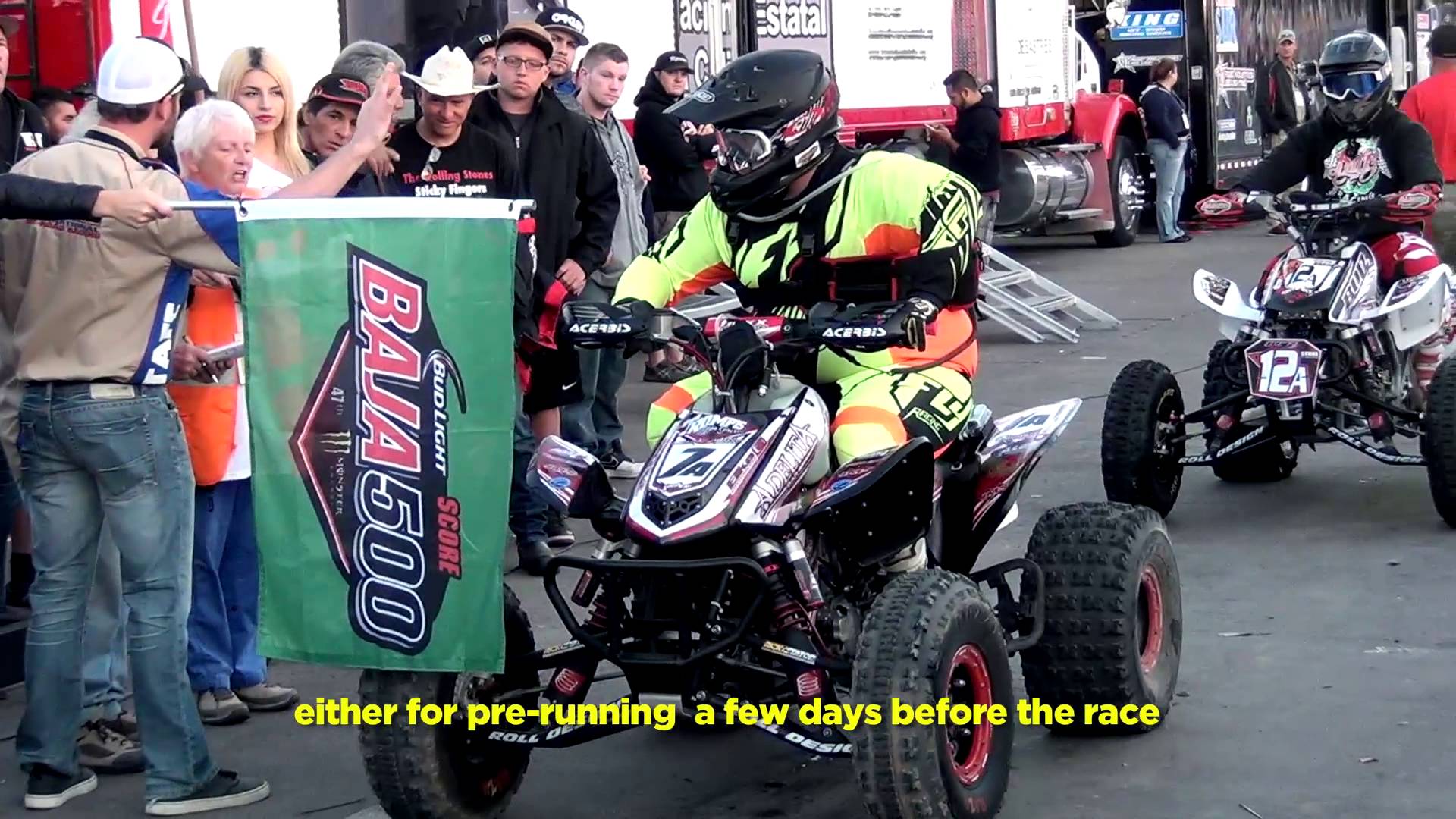 Since getting on his first bike at age 5, his first race in the SCORE Baja at 16, Francisco Vera has a great passion to Baja. After finishing second in points with Pro Quads last year, formed a new team to challenge for the championship in 2015. He is currently second with two races remaining – then they might all get to decide again in the Baja 1000 this year! In this new interview, Francisco talks about his love of Baja, Ensenada party that becomes during the races, and his favorite race – San Felipe 250. Speed, consistency, and a balance between aggressive and conservative are the keys Victory! This is Warrior Pro Quads runner, Francisco Vera.